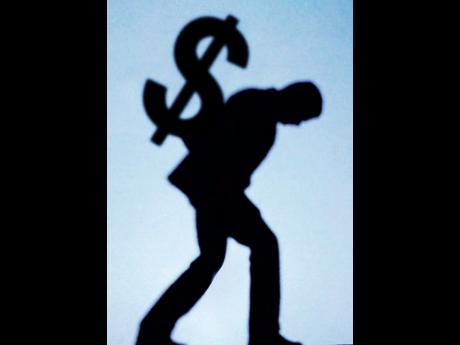 This coming after last week's result of 'no' vote in the local referendum, Greece has made a counterproposal to the EU as to how they will go about managing their debt in the future. The Athens government has been urged by the other EU leaders to implement key structural and fiscal reforms if they wish to regain the trust of the other EU member states, international lending institutions and investors.

These reforms are important before the EU engage further talks on a new bailout package. On Monday, Greek Prime Minister Alexis Tsipras pushed legislation through parliament which they believe is sufficient to convince the Eurozone to release €53.5 billion of desperately needed bailout funds as soon as possible. A major EU meeting was held on Sunday involving all 28 representatives, including the prime minister of England.

What reforms have been recommended for Greece?

Greece has proposed a massive restructuring of the tax collection and government spending mechanism to raise funds while spending less in the economy. The Eurozone, as a group, has decided that before talks can begin, Greece must pass laws to implement reforms, change its value added tax (VAT) and pension systems and reform bankruptcy rules.

They have passed laws to move more items to the 23 per cent tax bracket, and dropped plans to lower their VAT rate on the islands. They have made plans to reduce their pension concession and phase out solidarity payments to the poorest pensioners by the 2019. They are urged to strengthen the independence of their statistics office in order to improve transparency and other handicaps the country faces with data collection, analysis and presentation. Greece was also encouraged to maintain a primary surplus of between one and three per cent over the next two years, which should be a walk in the park when compared to the 7.5 per cent primary surplus that Jamaica must maintain on a quarterly basis.

What is important for Greece at this time?

In order to prevent their banking sector from collapsing, Greece must find €12 billion to service its debt by August 2015; this amount includes 4.2 billion to be repaid to the European Central Bank. In this regard, the Greeks are hoping that the EU can rekindle the European Financial Stabilisation Mechanism, previously used to rescue Ireland and Portugal.

This facility operates by providing access to borrow loans on the international market using the EU budget as collateral. Even England that is not a part of the euro currency is expected to contribute to the bailout package for Greece, given that it is a member of the euro area. The disbursement of the funds might take some time, as it has to be signed off by at least 12 of the 28 EU member states. The austerity measures imposed are not that severe.

Why was Greece pardoned so often by the EU?

History notes in circulation has unearthed a long-standing economic relationship between Greece and Germany. The Greeks blame the Germans for mismanaging their economy during World War II. After the Nazis tried to occupy Greece, the Germans invaded during the war and the effects of this were devastating. After travelling for months, they entered Greece without supplies, etc, and raided Greek shops and facilities to fend for themselves.

During the invasion, they abused men, women and children and on top of that, they mismanaged the economy. They paid for their occupation of Greece by printing extra cash, a very inflationary process. The drachma, the Greek currency in circulation at the time, increased from just over $24 million in 1941 to over $108 million in 1942, and the official price of bread rose from 70 drachmas to 2,350 drachmas over the same one-year period.

By January 1944, money in circulation reached $4 billion and shot up to $68.8 billion by the middle of the year. With production levels low, and increased demand from the locals as well as the German soldiers, prices increase significantly, depleting the value of the drachma, rendering it useless as a medium of exchange and a store of value.

- Dr André Haughton is a lecturer in the Department of Economics on the Mona campus of the University of the West Indies. Follow him on twitter @DrAndreHaughton; or email: editorial