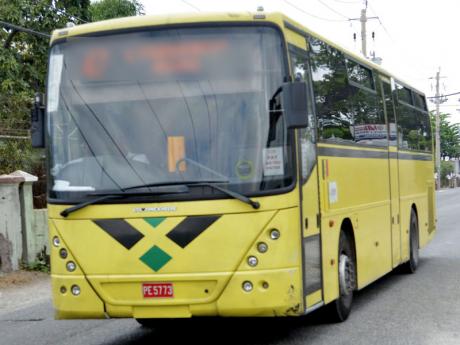 The Jamaica Urban Transit Company (JUTC) has announced that its bus schedules for the Corporate Area have been changed with immediate effect to accommodate travel for police personnel.

It says the schedules have been adjusted so that its buses pass by certain police stations when cops are changing their shifts.

The move by the JUTC follows the outcry by the Police Federation over transportation arrangements for cops in light of the murder yesterday of woman constable, Crystal Thomas.

The JUTC's Marketing and Communications Manager Clinton Clarke, says the changes would make it easier for cops to access JUTC buses and lessen the need to use other transportation services.

However, Clarke was quick to point out that using the JUTC’s buses does not mean that crimes against members of the security forces will stop.

Police Federation chairman, Sergeant Raymond Wilson says the constable's death has brought into sharp focus the transportation issue on which cops have been lobbying the government for the last five years.

Wilson notes some groups of public sector workers are provided with transportation to and from work, yet police personnel who carry out such a sensitive job are not afforded the same consideration.