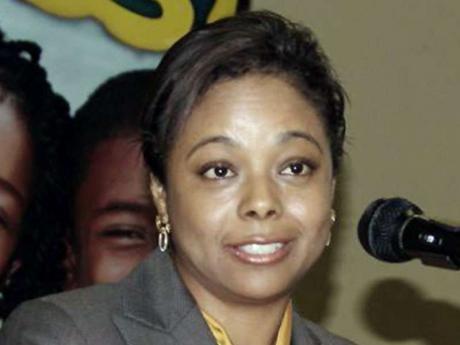 Highly-placed sources say Malahoo Forte, who is the JLP spokesperson on health is headed to the West Central St James constituency that the JLP lost in 2011.

West Central St James is shaping up to be the site for another political showdown as Senator Marlene Malahoo Forte is being touted as the next candidate for the Jamaica Labour Party (JLP), with former Senator Dennis Meadows crying foul.

Highly-placed sources say Malahoo Forte, who is the JLP spokesperson on health is headed to the constituency that the JLP lost in 2011.

She was the JLP candidate in Central Westmoreland in 2011.

She could not be reached for comment but members of the party Secretariat confirmed that Malahoo Forte has received the blessing of the leadership of the JLP.

However, Meadows has vowed to fight any move to block his efforts to represent the JLP.

He accused factions in the party of attempting to squeeze him out of the seat although he applied months ago.

Meadows has suggested that his attempts to represent the constituency are being resisted by party members loyal to JLP leader Andrew Holness, despite Holness himself showing he wants to unite the JLP.

Meadows says Holness needs to further stamp his authority on the party and rein in supporters who refuse to accept that the 2012 leadership contest is over.

He described West Central St James as a constituency with which he has a relationship, having served as campaign manager for former Member of Parliament Clive Mullings in 2002.