All Schools to Implement Security and Safety Committees, Other Initiatives to Stem Violence 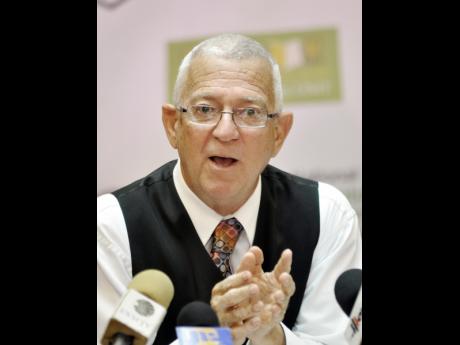 As the Government seeks a further reduction in the number of critical incidents in schools, Education Minister Ronald Thwaites has announced a number of initiatives to treat with violence and anti-social behaviours in schools.

Speaking in Parliament on Tuesday, Thwaites said all schools have been mandated to set up security and safety committees.

"The ministry's position in treating with safety should be seen as a holistic approach and not left up to an individual. As a consequence, the ministry has mandated that a security and safety committee be established in each school. This committee comprises both internal and external partners, who should develop and implement a security and safety plan to treat with the aforementioned at a local level," he said.

Another initiative is the revised security and safety guidelines that will be released later this year.

"The revised manual will be ready for the start of the 2015 school year and will, for the first time, feature areas such as bullying in schools to also include cyberbullying. It will also address human trafficking, which has been incorporated in the social studies curriculum and will be taught in schools for the first time in September 2015. Sections of the Child Care and Protection Act will also be included," Thwaites said.

"There are more than 600 uniformed groups in schools, with 79 new groups established in the past year. The presence of these groups is significant in this regard in promoting positive values and attitudes of our students. Plans are in place to add another 105 new groups to schools that are operating without a uniformed group.

"The Ministry of Education has cemented a special partnership with the Caribbean Maritime Institute (CMI) and 15 schools will, in September, benefit from this new initiative. Training of the representatives from the schools took place July 3-5 at CMI," he said.

The education minister also announced that a new chaplaincy programme will be launched.

"The ministry has formed a partnership with the Jamaica Constabulary Force Chaplaincy Services Branch that will, in September, see the assistance of Force chaplains and more that 450 volunteer police chaplains in different parishes, lending support to a school near their location. These chaplains will give support to trauma incidents/critical incidents and also provide general, moral and spiritual guidance during the academic year. During the month of August, 60 persons from schools will be trained with eight modules of the International Conference of Police Chaplains in preparation for the new school year," he added.