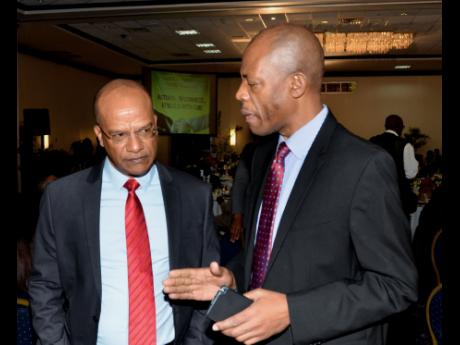 However, he declined to grade Williams at yesterday’s post-Cabinet press briefing where he continued to point to statistics that show that all major crimes are trending down with the exception of homicide.

More than 640 Jamaicans have been killed since the start of 2015.

However, Bunting said the nature of the murders renders it difficult for crime-fighters to thwart the bloodletting.

Meanwhile, Bunting stressed that it was never his intention to use the statistics in relation to other serious crimes to divert attention from the troubling issue of homicides.

However, he said with all major crimes down, an assessment must be done to determine why homicides are on the rise.

Bunting also noted that independent polls show that Jamaica has the lowest Crime Victimisation Rate in the region.

The Crime Victimisation rate measures the number of persons who say they have been a victim of a crime over the last 12 months.