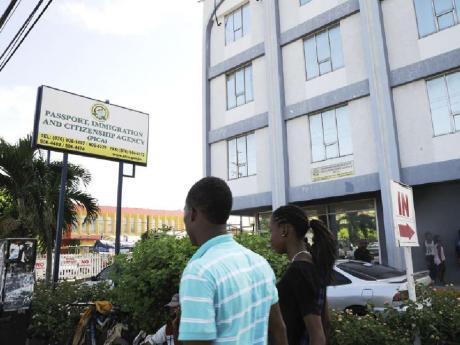 File Photo
The Passport, Immigration and Citizenship Agency says the biometric software application can identify a specific individual in a digital image by analysing and comparing patterns.

The Passport, Immigration and Citizenship Agency (PICA)  is preparing to import a new device to fight identity theft.

PICA has secured Cabinet approval for the purchase of the multimillion-dollar state-of-the-art technology.

The biometric software application can identify a specific individual in a digital image by analysing and comparing patterns.

Facial recognition systems are commonly used for security purposes but are increasingly being used in a variety of other applications.

Head of PICA, Jennifer McDonald says the introduction of the system will provide greater levels of identity management and increased degrees of security.

While new to Jamaica, McDonald says this technology has been used internationally in airports and many other places.

McDonald notes that it is not unusual for many to try to change their identities locally.

She said since 2001, the PICA has unearthed 790 cases of identity theft.

Mcdonald was speaking yesterday at a Jamaica House Media Briefing.