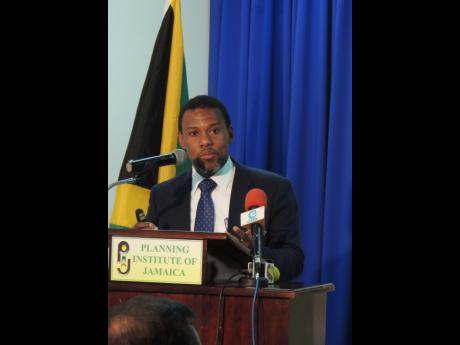 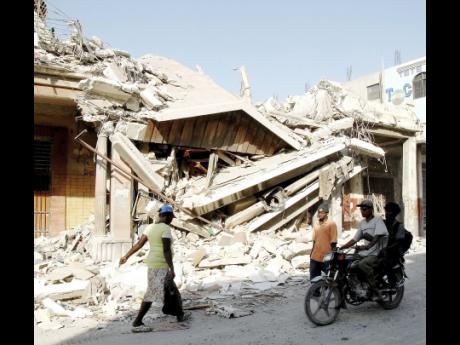 Executive director of the Caribbean Disaster Emergency Management Agency (CDEMA), Ronald Jackson, is urging regional states to implement immediate measures to reduce the vulnerabilities of those most at risk from natural disasters in the region.
While noting that the Caribbean is one of the most hazards prone regions of the world, Jackson argued that steps could be taken to prevent the hazard impacts from becoming disasters and to minimise the level of human losses.
“The occurrence of a hazard, whether natural or man-made, does not automatically result in a disaster. Rather it is the combination of an exposed, vulnerable and ill-prepared population with limited capacity to cope, combined with a hazard event that results in disaster,” said Jackson.
He cited Haiti and Chile, which both experienced earthquakes in 2010, and suggested that Chile fared better because of investments made in disaster mitigation.
“Chile is a much wealthier country which applies and enforces strict building codes, has a robust emergency response system and a long history of handling seismic catastrophes. Because of this high level of experience with earthquakes, Chileans have homes and offices built to ride out quakes, their steel skeletons designed to sway with seismic waves rather than resist them.
“Haiti by contrast, had no building codes and most of its citizens were not familiar with the appropriate actions to take in the event of an earthquake to minimise injuries,” noted Jackson.
Against the background of an estimated economic loss of US$38 billion to the Caribbean region for the period 2010-2012 and an impact on more than 15 million people, caused by hurricanes, tropical storms, local storms and flooding as reported by the Caribbean Development Bank, Jackson called for greater prioritisations of the natural environment through adequate budgetary allocations and the effective enforcement of legislation to reduce the level of vulnerability.
He stressed the importance of involving representatives of vulnerable groups in the revision and updating of disaster plans; and the need for appropriate communication with the affected groups.
Addressing the practises to incorporate the needs of vulnerable groups in disaster mitigation, preparedness and response plans, Jackson pointed to the work of CDEMA, which he said, had established a Community Response Team (CERT) programme to allow communities to become more self-reliant during emergency events.
“CERT is designed to help individuals protect themselves, family, neighbours and neighbourhoods in emergency situations and thereby reduces the vulnerability at the community level.”
Jackson further noted that the CDEMA had initiated the process of gender mainstreaming in disaster management through the establishment of a Gender Working Group.
He said the CDEMA is currently working with the United Nations Development Programme Barbados and the Organisation of Eastern Caribbean States to strengthen the capacity of the CDEMA participating states to gather and analyse gender sensitive data to contribute towards the development of disaster management policies that are gender sensitive.
Jackson argued that experiences around the world reveal that disasters highlight and reinforce inequalities in societies, including those that are gender related.
Between 22 and 44 per cent of households in the CARICOM are headed by women.
“Disasters can result in the reduction of women’s share of productive activities in the informal sectors, through direct damages to their means of production like small farms or equipment associated with micro-business,” said Jackson

He cautioned that preventing hazard impacts from becoming disasters requires involvement from all sectors, not just those in disaster management.

Jackson was addressing a recent public lecture put on by the UNFPA Sub-regional Office for the Caribbean in association with national partners, the Planning Institute of Jamaica and the Office of Disaster Preparedness and Emergency Management , to heighten awareness around the theme of World Population Day, ‘Vulnerable Populations in Emergencies’.