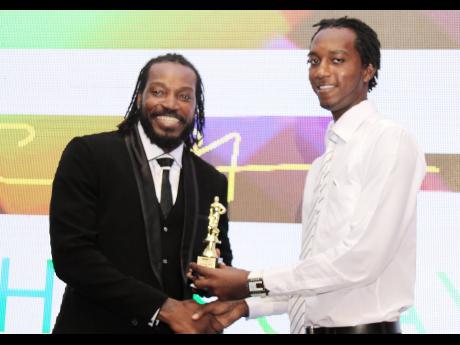 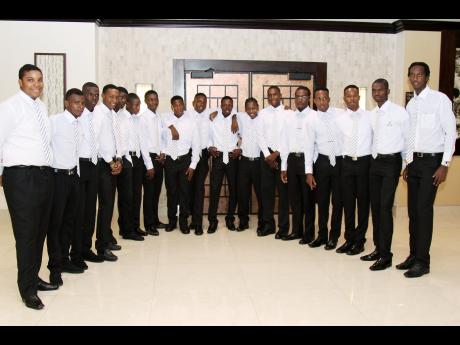 Brian McCalla
The smartly dressed first batch of graduates of the Chris Gayle Academy pose for the photographer.
1
2

Chris Gayle is still playing for Jamaica, on and off the field. In his latest philanthropic endeavour, Gayle, through his Chris Gayle Academy - the training and educational arm of the Chris Gayle Foundation, recently celebrated the graduation of 20 young men.

Having completed the one-year programme, the young men from the inner city are now armed with the knowledge and skills required to forge a path in the highly competitive sport of cricket. The foundation began in London in 2013 and the academy was launched in Kingston on June 5, last year.

The graduation ceremony took place on Wednesday, July 8 at The Jamaica Pegasus hotel and highlights included a fundraising dinner and auction of memorabilia from past and present West Indian cricketers like Sir Vivian Richards, Sir Garfield Sobers, Michael Holding and Dwayne Bravo.

While at the academy, the graduates were exposed to the professional standards of international cricket. Additionally, the boys participated in mathematics, English, etiquette and CPR classes. The foundation offers many opportunities to its graduates through placement, as well as making them employable. So far, three of them have been selected to play for the Jamaica Under-17 cricket team and two for the under-19 team.

The boys now have a desire to make a difference in their communities.

"I believe that, with more support, the talent of youngsters, who may be challenged because of socio-economic factors but have a passion for playing cricket, can be unearthed as they benefit from training programmes such as the one offered by the academy," said Gayle during his address. He expressed a genuine concern for the at-risk youth of the world, particularly his homeland, Jamaica. The Chris Gayle Foundation is just one of the ways that he is seeking to use his influence and power to effect positive change.