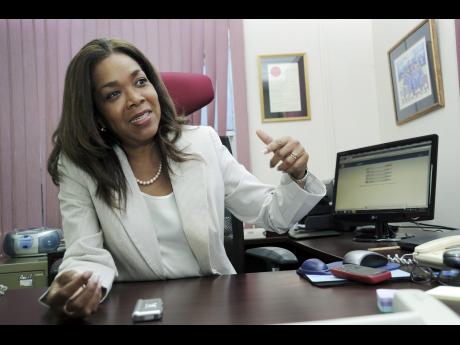 Identity theft is not foreign to the Passport, Immigration and Citizenship Agency (PICA) and so the passport-issuing body is preparing to import a new device to fight the scourge.

With heightened sophistication in criminality a way of life, the PICA is gearing to go hi-tech into the battle. It has secured

the Cabinet's approval for the injection of state-of-the-art technology to go into this fight.

Sandrea Falconer, the information minister, announced Wednesday that Cabinet had approved the acquisition of the multimillion-dollar database called Facial Recognition System for this purpose.

This is a type of biometric software application that can identify a specific individual in a digital image, by analysing and comparing patterns.

Facial recognition systems are commonly used for security purposes but are increasingly being used in a variety of other applications.

Head of PICA, Jennifer McDonald, said the introduction of the system will provide greater levels of identity management and increased degrees of security.

"If someone applies for a passport in my name, we will see that it is a different photograph and we are able to match, not just the obvious features but digitally, the various facial features to determine unique qualities," said McDonald.

While new to Jamaica, this technology had been used internationally in airports and many other places McDonald said. "It is going to be in the system and we believe that this will allow us a greater level of identity management."

McDonald noted that it was not unusual for many to seek a different identity these days. "In the past, a person would put a new picture in a passport that is called photo substitution, but that is not the in thing nowadays by fraudsters," she said.

"This has been internationally acknowledged and so we believe that this offers a greater level of security and actually protects the individual," said McDonald.

She disclosed that since 2001, the PICA has unearthed 790 cases of identity theft. "We just want to improve the level of security," said McDonald. "You would not like to apply for your passport only to be told that we have already issued one to you."