Battered and bruised, but not giving up 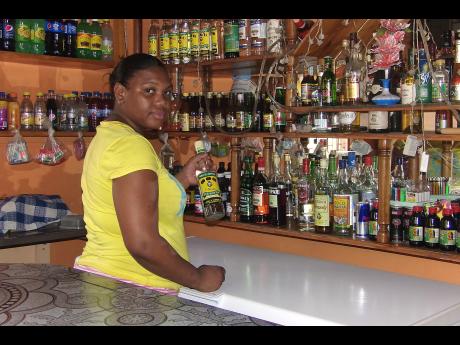 Gareth Davis
Latoya Mitchell displaying a bottle of white rum at her workplace.

Latoya Mitchell, a backsliding Seventh-day Adventist who claims she was sexually molested by a family member for more than five years, is aching to return to a life of being a Christian.

Mitchell recounted that her Christian life was joyful and spirit-filled, and that she was confident in her undertakings, as prayer simply made things happen for her.

But amid that, she admitted that flashes of the experiences of sexual abuse continue to haunt her, and that she still wakes up in the middle of the night crying as if the actual abuse was still taking place.

"I tried desperately to tell my mother, but she never believed me," said Mitchell.

"As a matter of fact, I was shunned and my complaints were dismissed as lies. The sexual abuse continued until round about age 14, and nothing was done to address my situation. I have forgiven that individual and my mother, but the memories are still fresh. I remember not being able to concentrate at school and the headaches were frequent. Even while attending high school at Fair Prospect, I was constantly abused, until I was pulled from school for one year by my mother," she added.

Mitchell, who claims that she was ordered by her mother to take care of her abuser's parents for almost a year, also said that she contemplated suicide on numerous occasions, but that a voice kept on saying to her: 'Hang on, things will get better'.

And conditions did improve as a year later, at age 15, she was taken in by a couple in St Thomas, where she started attending the Yallahs Comprehensive High School. Some years later, she went to live with an aunt in St Catherine, where she was baptised.

However, that baptism was short-lived as less than four months later, she started attending dances and parties while consuming alcohol in large proportions. She also blamed her fall from grace on a reverend at her church, who allegedly impregnated a church sister.

Mitchell, who is now 26 years old, has two children and currently works as a bartender. She is also single-handedly playing the role of mother and father.

"I am yearning for a better job to support my children. I have also dreamt repeatedly of returning to church and to surrender my life all over again. With a full-time job, I will be able to save so as to go back to school and better myself academically. I really want to recommit my life to God, but for the time being, I am stuck with this job as a bartender."