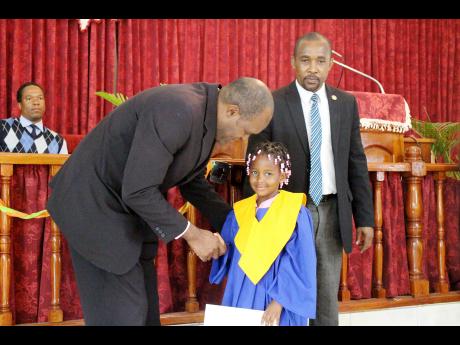 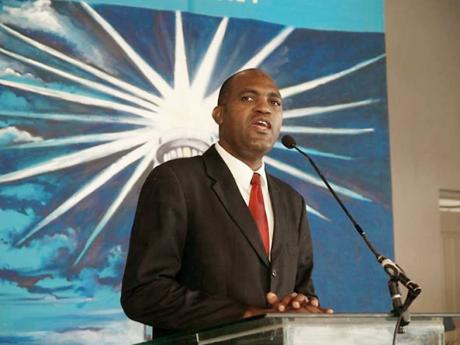 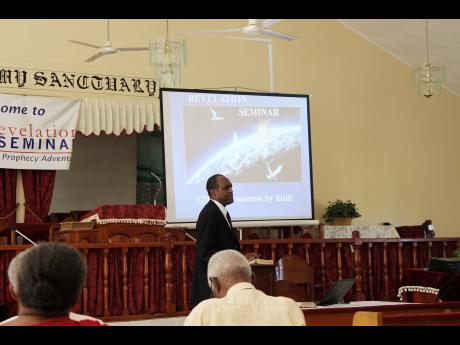 Contributed
Pastor Champier during a revelation seminar at one of the churches he pastors.
1
2
3

The work of the church requires a mind that is focused, a body that is physically well and the support of the like-minded. It also requires a leader that is committed to the task and is easily exemplified by members.

For the average person it may sound pressuring, but for persons such as Devon Champier when he received the call for ministry it brought him much joy and a renewed zeal.

"I can't say there is a 'day' I received the call to ministry. It was more a process of an awakening awareness. After finishing high school I decided to attend West Indies College (Now Northern Caribbean University) to study the sciences and continue on to medicine. However, God had different plans for my life. You know how He places people and uses circumstances in our lives to bring us to where He wants us to be; it was like that for me."

Champier, who was just a year into the Seventh Day Adventist faith, was introduced to the idea of studying theology and preparing for ministry by his friend and mentor - but what would his ultimate decision be?

"My first stop was at my freshman advisor for first-year theology students. He asked me what course I was doing and I, without hesitation, told him theology and biology. He then asked if I had any clashes, to which I expressed uncertainty. Being directed to check the class schedules, I found that every class for both concentrations clashed. He told me I had to choose one of the two. I don't know why, but I decided on theology."

His decision boggled his mind, but a dream would soon settle it.

"I was really disturbed by this; I had not been interviewed like my batch mates nor had I thought about being called. I prayed much about it, then one night I had a dream. I dreamt I was in a class climbing a steep cliff with loose rocks and sparse places for footholds. Accompanying me was my mother and we were a distance ahead of the rest of the class. We finally came to a ledge and turned, looked down at those still coming up. My mother turned to me and said these words : 'Devon, God has called you to this work'. That ended all my doubts and worries."

Currently the pastor of five congregations referred to as a district of churches, Champier is also a parish coordinator for the Central Jamaica Conference and advisor to young pastors.

"My busiest days are actually Sabbaths when I attend to at least three of the congregations, sharing in services and with members individually and in groups. I share in Sabbath School, preach, teach Bible class and participate in the Adventist Youth (AY) programmes," he added. "Sometimes the day's activities include visitations and meetings as well. I can't say that there is such a thing as a slow day, but a slightly less hectic would be a Tuesday which is Vestry Day when I avail myself to members of community and church."

But with all that is required of him is there any time for unwinding?

"I love the beach, playing cricket, reading and meeting people and research using the Internet. Something I enjoy doing is walking with my wife in the mornings. Family is very important and I believe work must never take precedence over family. I must admit though, that there are time when the demands of work are such that family is not given the time and energy it requires but a pastor must not be too busy ministering to other families and his family is neglected. I have a day of each week and this provides time for family."

Described as unpretentious, humble, friendly and motivated by the love of Jesus and his wife, Champier is happiest when he welcomes a child of God into the fold and is saddest when they have slipped and the right hand of fellowship has to be withdrawn.

"I desire no less than to be where I am, because I am convinced that I am called to ministry. Ultimately, I would love to be among those who will live on the earth, faithful and true to the end, vindicating God in His Justice and righteousness, as we await His second return, and secondly, that I may perfectly reflect the character of my Saviour to all I have been privileged to meet and minister to in this life."