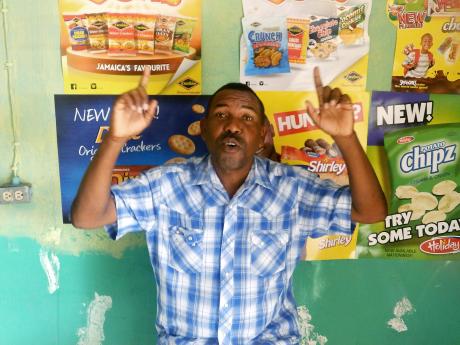 Melbourne Carr makes a point about his transformation from secular to religious life. 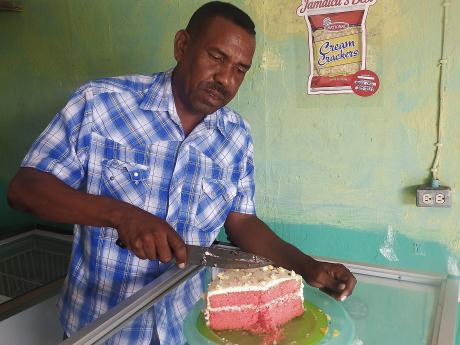 Therefore if anyone is in Christ, he is a new creation, old things have passed away. Behold all things become new"

One-time bar owner and 'cha cha boy' Melbourne Carr famously known as Melon said turning to Jesus Christ is the best decision he has ever made.

Carr told Family and Religion of a time when he and his late brother, Barry, were the crème de la crème of the party business.

"When we had our bar, we were like celebrities in the parish - like top men. Whenever we went out, we had an entourage, who we used to buy liquor at each party. As we stepped into a dance, the selector would say 'Big up Melon and Barry," said Carr, expressing how good it felt at the time.

Business was good, life was excellent, but Carr could still feel emptiness in his soul.

He was invited to church by a friend and admitted that though he was intrigued by the joy of the people, the transformation did not come just yet.

But that was about to change.

"On March 13, 2010, I went to watch one of my friends get baptised and that's when I escaped Satan. I was led to the water by the Holy Spirit and I did not disobey Him," said Carr.

After he took the dip of change, Carr said he realised that many things started to cause him discomfort.

"Two months later, I got married to my common-law wife of 18 years. I closed down the bar and turned it to a juice shop. I started selling bag juice."

He said this caused him to lose a lot of customers. Some even came to the shop to ridicule him telling him that he would not last more than three weeks as a Christian.

Five years later, and five times stronger, Carr is pleased that those who came to laugh at him left with a message.

"They realised that I am rooted and grounded in the name of Jesus and nothing they said could get to me," he said proudly.

Business was good. The juice shop began bringing in even more money than the bar used to. Then Carr was faced with what he calls a challenge from God.

He said: "The Lord told me to take a break from the business. I had a lot of questions because, at the time, one of my three daughters was pursuing a law degree at UWI (University of the West Indies)."

However, though quizzical, he decided to be obedient and handed down the business to his brother.

Carr told Family and Religion that he was without a job for three years and within that time, his eldest daughter got married and started a family, one graduated with an upper second class degree in law and the other began attending the University College of the Caribbean.

"God provided for me. This was Him showing me how to trust Him. He's so amazing!" Carr said.

"I'm now the owner of a pastry shop on Queen Street in Morant Bay," he said.

"I thought I had it all. The bling, the girls, the popularity. Going to at least five parties per night. Drinking with people I thought were my friends," said Carr, adding that most of them left when his worldly frivolity ended.

Carr now testifies to having a peace that surpasses all understanding.

Boasting in his newly found serenity, he bids farewell to his life of worry and drinking, pointing out that since he got saved, he has never even had a beer.

"To anybody who comes to Christ, I can assure you, you will become a new creature. Even your outer appearance will change. You'll become more refined. Jesus is the only way," he said pointing to the heavens.