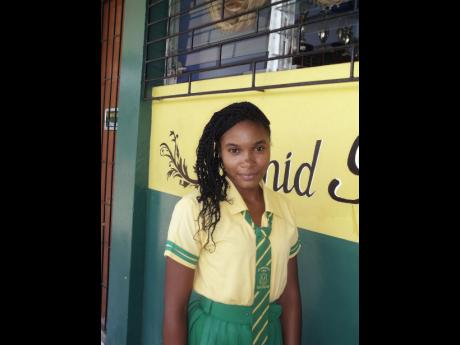 At eight years old, Rickena Paul already knew what was important for her and that was submitting her life to Jesus Christ. She made that all important decision in 2005 and has not looked back.

Ten years later and she is just as committed - even more now. In an interview with Family and Religion, the teenager said the journey has not been an easy one at times, but there is no mistaking God's hand in her life.

Unlike some children who were the worse off for not having an early interaction with their real family, Paul is giving God thanks for providing people in her life who could shelter her from its harsh realities.

"I didn't know my real family until I was in grade two, but I was happy, healthy, and didn't lack anything," she said.

According to Paul, knowing God is on her side, made it easy to face the 'bumps in the road' and stay faithful to him in spite of the many temptations that came her way.

"Trying to be faithful is a constant battle, choosing the right friends, training my mind not to stray were some of my challenges," she said.

Paul said in her earlier years, health was never an issue with her, but when she got into her teens, she had to deal with asthma attacks.

She recalls one particularly bad attack that took her about midnight. Her asthma inhaler was finished, there was a car available and they had to call a taxi driver.

"He took so long to come and get me that I was blowing short. I felt like I was going to die. I remembered my mom praying for me and crying and then the car finally arrived. I was taken to the hospital and rushed in emergency. When I got better, I prayed that God would take sickness away from me and He did. It hasn't troubled me since and once again, God has proved Himself to me," she shared.

Paul is quick to point out, however, that she is subject to the same emotions as any teenager when it comes to "looking back in the world".

She said there have been days when she thinks about it, but when those moments come, she prays even harder for God to keep her as she knows the world is a terrible place and "when a soul is lost, it is really lost".

She also had to fight the desires of attraction she felt to boys as she said, "I just can't jump into a relationship, but I can't manage on my own I had to pray and ask God for help."

A member of the Rosewell Seventh-day Adventist Church in Clarendon, she hails from the community of Bois Content in St Catherine.