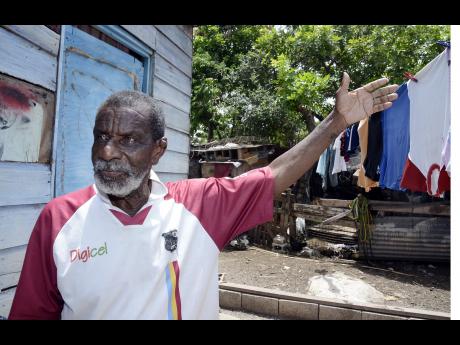 Clifford Hutchinson points to the small board house which is home to himself and 11 others, including four of his grandchildren in Frog City. 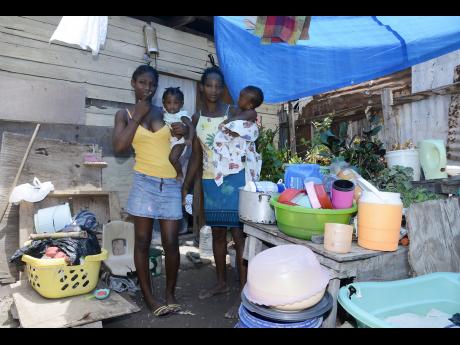 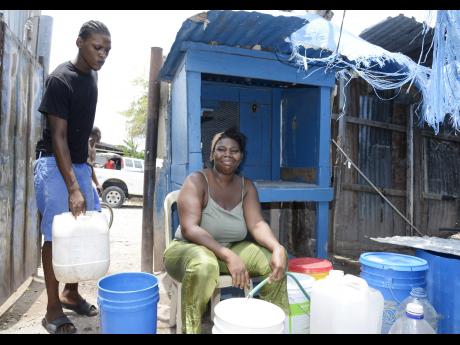 Residents of Frog City fill any container they can find with water for personal use. 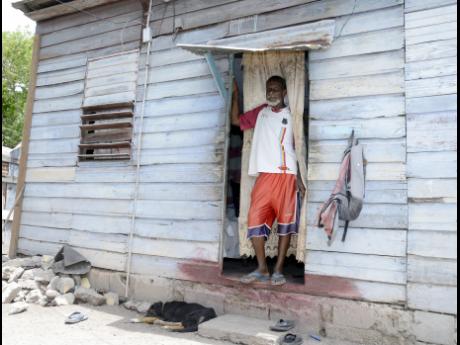 Clifford Hutchinson at the door to the small board house which is his home to himself and 11 others, including four of his grandchildren in Frog City.
1
2
3
4

For decades, it appeared the authorities had forgotten the community known as Frog City in St Andrew, with residents there living in filthy, smelly conditions and without basic amenities.

But now, help could be on the way for the residents in the community where the smell of faeces, discarded in plastic bags, greeted our news team during a visit there three years ago, has been replaced by a dream of better living conditions.

The residents of the community, located off Maxfield and Chisholm avenues, plea for assistance with the housing infrastructure is a desperate one, as most live in deplorable conditions, with some households comprising as many as six persons per room.

One resident, 79-year-old Clifford Hutchinson, along with his partner, two sons, two daughters and eight grandchildren occupy a two-room board dwelling.

"Between all of us living here it was 13, but my 22-year-old moved out and gone on her own. So I used to call myself 'King' and say 12 disciples and Jesus himself," Hutchinson told The Sunday Gleaner.

"It is not so convenient, because in every room you not suppose to have five persons. The greatest thing is to get house to live in and some water. The community wants to build up; they promise every day that they are going to build up the community and house going to build and no movements," added Hutchinson.

Nearby, 39-year-old Keisha Clarke shares her one-room board house with her four children, including her 15-year-old daughter who also has an eight-month-old child.

Clarke is among those praying that the long-awaited housing development for the area will begin soon.

But while the National Housing Trust (NHT) revealed that it has plans for a housing development in the community, it is unable to say when work will begin.

"The implementation schedule has not yet been determined. Currently, we are engaging a consultant to undertake the infrastructure design," said the NHT in an emailed response to questions from The Sunday Gleaner.

"When the infrastructure design is done, we will seek approvals from the relevant agencies. It is only after approvals are received and discussions held with the residents that an implementation schedule can be developed."

The plan is to develop single town-house type units, but as to how many of these will be constructed, this has not yet been determined.

According to the NHT, the number of units will depend on the number approved by the Kingston and St Andrew Corporation.

Frog City elder, Neville Hamil-ton, believes that the housing development will have a significant impact on how members of the community view themselves going forward.

"This housing development has to be very serious, because it would develop the way how people live behind these zinc, behind these little mud lakes when rain fall," said Hamilton.

"That housing development can be foremost to this community, and then we hope the other government institutions can help us with some self-help projects."

Councillor for the area, Trevor Bernard, is as eager as the residents to see the project commence, as he said he and Member of Parliament Dr Peter Phillips have been making

representation to the NHT for more than a decade.

"The MP and I have been having dialogue with the housing trust for over 10 years, and ever year they say the next year they coming," said Bernard.

"We went through a four-year period when nothing happened, but now the design is complete. The last discussion we had they said they are going to be starting in August, so two-thirds of those houses are going to be bulldozed."

But apart from the housing development, the residents are also keen on something being done to help the scores of idle youngsters in the area.

"We would like some development, because you have some children out the front a night-time, we can't get no peace from them," said Clarke.

"Dem grow the little youth them and let them go and them become gunman and take people things, and nobody can't give no account. And if you go for the police you in problem with them, so I don't go for the police," added Clarke.