Kingston’s mayor heads to the Vatican 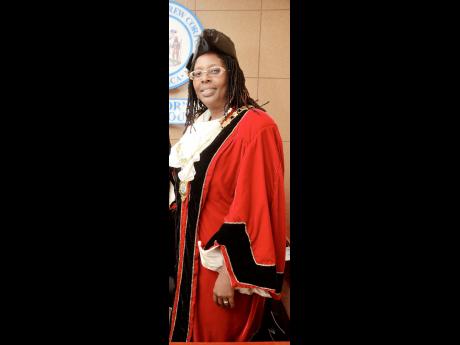 Mayor of Kingston Dr Angela Brown Burke is headed to the Vatican to participate in a workshop on climate change and modern slavery scheduled for the Casina Pio IV in the Vatican headquarters of the Pontifical Academies of Science and Social Sciences on Tuesday.

The workshop will bring together, for the first time at the Vatican, more than 70 mayors of the world's major cities, together with local governors and representatives of the United Nations, to share experiences and make proposals to fight climate change and modern slavery.

According to Brown Burke, Jamaica is constantly reminded of its contribution to, and the effects of human-induced, climate change as the country experiences hotter days and nights, less rainfall, and longer periods of drought.

"And even as global and economic development tops the agenda, we are mindful of our symbiotic relationship with the environment. Jamaica's climate sensitivity and attendant vulnerability make long-term climate change a developmental issue, which must be given serious and urgent consideration now," said Brown Burke.

She noted that Jamaica's Vision 2030 highlights these vulnerabilities as a threat to sustainable development and provides the framework within which corrective and preventive actions should be undertaken.

"There is an intimate and undeniable link between day-to-day life and climate in Jamaica. I am grateful that we (Jamaica) have been afforded the opportunity to participate in these meetings where we can explore and share ideas on how we can live up to our God-given mandate as ordained custodians of the Earth."

The workshop will contribute to the debate on the moral dimension of environmental protection in the context of Pope Francis' Encyclical on this theme.

It is also expected to build a global movement across all major religions to focus on the eradication of modern slavery, sustainable development, and climate change throughout 2015 and beyond.

Brown Burke, who recently completed doctoral studies in adult education at the National-Louis University in Chicago, has also been asked to be a presenter and panellist on governance and financing at a symposium to be held at the same venue on July 22.

The symposium - with the focus on prosperity, people, and planet: achieving sustainable development in our cities - is organised by the Pontifical Academy in conjunction with the UN Sustainable Development Solutions Network.

The visit to the Vatican follows the 4th Summit of Global Alliance of Mayors and Leaders from Africa and of African Descent (Global Alliance), which was held in Accra, Ghana, in June, where Brown Burke was appointed a member of the board of directors of the Global Alliance and subsequently given the task of mobilising mayors and leaders from the Caribbean.