NWC should not be privatised, says acting president 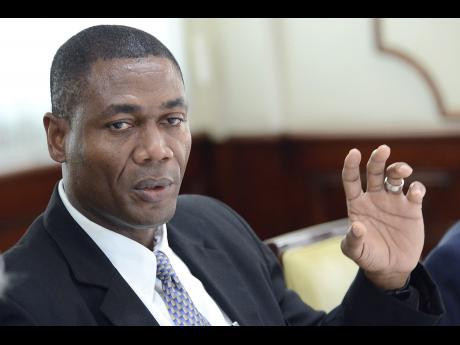 File Photo
Mark Barnett ... "The NWC can stop being a loss-making entity through reducing internal inefficiencies such as cutting losses through leakages, changing old infrastructure and getting more customers to pay their bills."

Acting president of the National Water Commission (NWC) Mark Barnett, says he does not believe that the agency should be privatised, even after years of losses running into billions of dollars.

Earlier this year, Opposition Spokesman on Water, Dr Horace Chang called for the privatisation of the NWC in parliament.

However,  speaking on The Gleaner’s current affairs programme On the Record, Barnett said water is too significant a resource to Jamaica for its management to be left in private hands.

Jamaica is now in the middle of its annual drought crisis, with NWC storage facilities at their lowest levels and customers facing increasingly tighter restrictions on water usage.

It is also the time of the year when critics lash the agency which claims to serve more than two million people, for its alleged inability to do the job it was set up to do 35 years ago.

The NWC's acting president, does not believe that the agency is failing even though for decades, more than half of the water the NWC produces daily, earns it no revenue while billions of dollars in losses are incurred.

He says the NWC can stop being a loss-making entity through reducing internal inefficiencies such as cutting losses through leakages, changing old infrastructure and getting more customers to pay their bills.

According to Barnett, the NWC is doing what private entities would do by tackling the inefficiencies rather than going to the government to increase charges on customers.

Barnett says privatisation of the NWC would not automatically lead to reduced operating costs because of Jamaica’s high energy costs.

He says the NWC is pursuing a variety of plans to incorporate the use of renewable energy to cut costs.

Notwithstanding his view that water should not be privately managed, Barnett says private entities can be invited to invest in infrastructure to boost water supply.

Earlier this month, he told The Gleaner/Power 106 News Centre that the NWC has been able to cut its losses by more than 50 per cent over the last year.