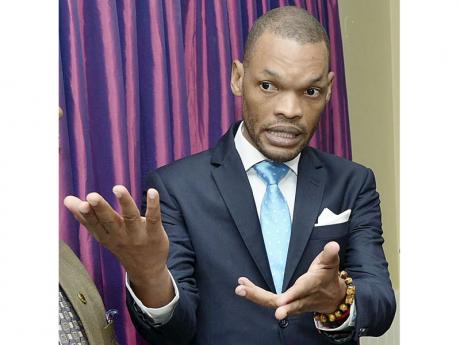 The leadership of the People’s National Party (PNP) says its member Raymond Pryce, should not have gone public with his concerns about the treatment of young people in the party.

Speaking at an event hosted by the PNP's Youth Organisation over the weekend, Pryce suggested that young Comrades were tricked by the party to get their numbers to win the last general and local government elections.

Pryce, who was among several young representatives to win parliamentary and parish council seats, also suggested that the PNP is expelling and removing young people from the party.

PNP general secretary, Paul Burke, says although he does not know the full context in which Pryce made comments, he would have preferred if they were made internally.

Burke is also rejecting the claim that the party exploited the young people in the 2011 general and 2012 local government elections.

Meanwhile, the general secretary says the PNP's leadership is doing all it can to promote and protect young parliamentarians and councillors.

However, Burke says the views of local organisations at the constituency level must be respected in the decision-making process.

In recent times, Pryce, Hugh Buchanan and Lisa Hanna, all first or second time PNP MPs under forty years old, have been facing rebellions from members in their constituencies.

MP for East Rural St Andrew, Damion Crawford also faced strong and sustained opposition from members his constituency early in the start of his term.