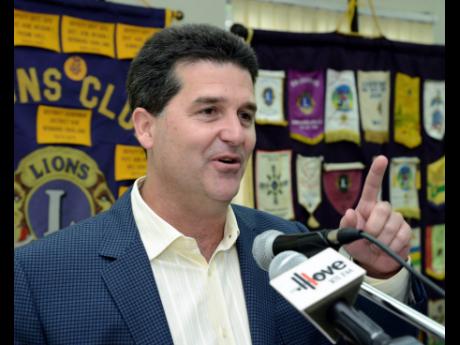 File
Mahfood... private investors would be able to pump more resources into the water supply systems to increase efficiencies while cutting losses.

The Private Sector Organisation of Jamaica (PSOJ) is supporting a suggestion for the National Water Commission (NWC) to be privatised.

According to president, William Mahfood, privatisation is worth considering given the history of problems plaguing the NWC and its inability to fully to serve customers.

He says private investors would be able to pump more resources into the water supply systems to increase efficiencies while cutting losses.

The PSOJ head also says privatisation would force customers to pay for some of the transformation of the water supply systems.

However, speaking on The Gleaner Online's current affairs programme, On the Record,   the NWC's Acting  Head, Mark Barnett, said water is too significant a resource for its management to be left in private hands.

The NWC says a contributor to its problems is the fact that only 20 per cent of its 400,000 customers pay their bills in full and on time.

In the meantime, Barnett says the NWC is doing what private entities would do by tackling the inefficiencies rather than going to the government to increase charges to customers.