Under JLP Jamaica could have been Greece - finance minister 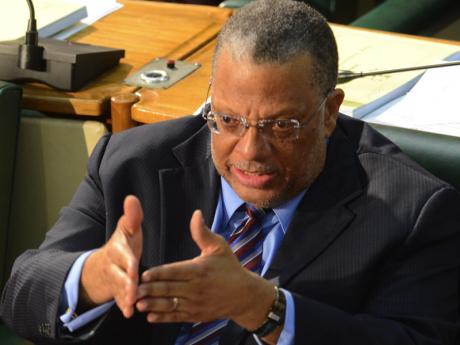 File Photo
Dr Peter Phillips ... "After the JLP signed an agreement with the International Monetary Fund and abandoned the programme, the IMF was skeptical about brokering another deal with the country."

Finance minister Dr Peter Phillips says if the country had continued with the Jamaica Labour Party’s economic model, the country would be facing the same woes now being experienced in Greece.

Earlier this month Greece narrowly escaped being kicked out of the European Union after almost defaulting on billions of dollars in debt.

The country was bailed out at the last minute by the eurozone.

However, the bailout comes with tight economic restrictions.

Phillips says in 2011 former Finance Minister Audley Shaw had placed the country securely on that path.

According to Dr Phillips, the former JLP administration placed the country in a precarious position in which the debt kept growing.

He says when the People’s National Party returned to power in 2012, the country’s debt to Gross Domestic Product ratio stood at 145 per cent.

Phillips says after the JLP signed an agreement with the International Monetary Fund and abandoned the programme, the IMF was skeptical about brokering another deal with the country.

Despite criticisms from the JLP, Phillips says the deal was secured and to date the government has been able to pass eight consecutive IMF tests.

The Finance Minister was speaking at a divisional meeting in South West Clarendon yesterday.