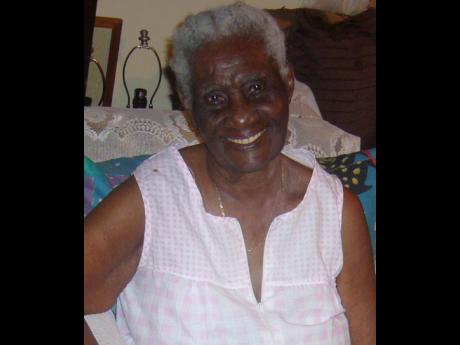 Best described as a mother to the needy and destitute, the memories of Frances Betilda Graham, affectionately called 'Aunt Evelyn', will probably never die, and despite her recent passing, her kindness and caring attitude remain fresh.

For more than 45 years, 'Aunt Evelyn' served in the postal service as a messenger, which was her profession.

But while serving in that capacity, she also took time out to care for the fatherless, the abandoned, and the needy.

Now deceased, Graham is still remembered by many as a mother to all, even to those who preyed on her kindness, and had it not been for ill health, some have argued that her passion to assist the less fortunate would not have waned.

"Many were fed daily by her," commented Monica Phillips, a former friend and confidante.

"She was a caring and God-fearing woman who just could not say no to anyone. Even when we (she) suspect that persons were using her as a result of her free-handedness, that did not stop her from sharing food, clothes, and money with those she knew and to strangers," Phillips added.

Aunt Evelyn, who retired from her post as a messenger in the postal service, where she served for approximately 43 years, passed away in June of this year at the age of 91 years, a remarkable milestone, given the fact that her job required of her to travel on foot to deliver telegrams by hand to community residents, while covering a five-mile radius daily.

The deceased postal worker was described as a walker, who worked six days per week and attended church on Sundays. In carrying out her job, Aunt Evelyn had to walk from the Port Antonio Post Office to a number of communities including Boundbrook, Breastworks, Prospect, Red Hassle Road, Folly, and beyond, to deliver telegrams.

The mother of five girls who once resided at Stony Hill Road in Portland, started working at the post office in 1938 and retired in 1981 due to ill health.

Have you recently lost a loved one whose footprints you want documented in this feature? Please send tributes, eulogies and photographs to editorial@gleanerjm.com.