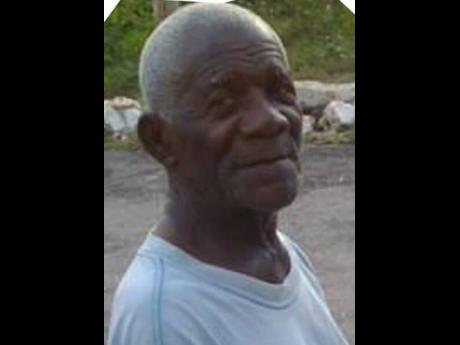 Born on May 21, 1921, Levi Alexander Forbes was one of the first persons to settle in Bedward Pastures, named after well-known Revivalist, Alexander Bedward. At the time, the place was bushy, with only a little track for access.

His parents were Eugenie and Richard Forbes, and he was the last of four children, namely John, Doris and Clifford.

Forbes attended elementary school in downtown Kingston, after which he worked at various places, including The University of the West Indies and The National Water Commission.

'Papa Lee', as Forbes came to be known, was married to Ismenda. He was the father of Ivan, Howard, Walter, Patricia, and stepfather to Selma, Millicent and Michael.

Papa Lee was eulogised by Elaine 'Jackie' Williams, a

family friend, who said his funeral need not be a sad or mournful affair, but one of celebration for a man who lived for 94 wonderful years.

She said she had known Papa Lee for 36 years, and he was "one of the most respected and hard-working individual's in Bedward Gardens and beyond".

Papa Lee was remembered as a "peaceable man" whom Williams said she has "never heard raise his voice in anger, swear or quarrel with anyone".

He was an "excellent provider, father and grandfather", Williams said: "A gentle, calm, loving soul to everyone he came into contact with."

One of his greatest attributes, according to Williams, was his gift of storytelling.

"My daughter, Shawna, and I would have loads of laughter when we were in his company," she recalled.

"He would tell us about his farmwork days, and the story about how he and his co-workers came across this huge snake, and they had to show that Jamaican men are not wimps by chopping of its head."

"I am going to miss hearing his voice asking, 'Where is Shawna?' but I will always have his memories that keep me smiling," Williams said of the man who was honoured by African Gardens for outstanding community service.

Have you recently lost a loved one whose footprints you want documented in this feature? Please send tributes, eulogies and photographs to editorial@gleanerjm.com.