As the banks reopen in Greece 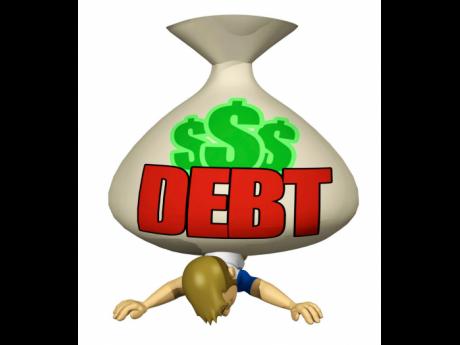 Greece has finally reached an agreement with international lenders after committing to a series of reforms in exchange for the bailout cash which they desperately need. Greek banks reopened this week, and as of Monday, the daily limit of €60 per person had been extended to a weekly limit of €420, which can be drawn on any day. There is still a block on transfers to foreign banks as well as a block on cashing cheques until further notice. Greece has agreed to implement reforms in exchange for bailout sums needed to cover existing debt repayment obligations and to support the economy further.

How much will they receive from the new bailout package?

Notes from the Euro Summit Statement outline that Greece will receive €86 billion from the European Stability Mechanism, and the International Monetary Fund (IMF), to recapitalise banks, repay debt and service interest payment on loans, among other obligations. Greece is also to receive €35 billion in European Union (EU) funding to finance growth objectives necessary to increase employment. They will also receive a €7.1-billion bridging loan to cover pending loan repayments to the European Central Bank and the IMF, along with other debt to be serviced in July 2015. They are to receive €50 billion through a trust fund from the privatisation of assets; €25 billion of this to repay capitalisation of banks; €12.5 billion to go towards reducing their debt-to-GDP ratio and €12.5 billion for investment purposes. The EU stipulated that Greece will receive no 'haircut' on outstanding loans, and must implement several reforms to secure the sums outlined over the next three years.

measures of reform to be undertaken?

The new reforms will include adjustments to taxation, pensions, privatisation and the banking sector. Greece has agreed to increase value-added tax (VAT) from 13 per cent to 23 per cent on most items. Tourist destinations will also have to pay this increased VAT, and corporation tax in Greece will increase to 28 per cent. Aid to the poorest pensioners will be phased out by 2019, and the retirement age in the country will increase to 67 years old by 2022. Greece will liberalise its labour markets along with shop opening hours. Greece will implement the necessary measures to strengthen its banking sector. This includes putting in measures to deal with non-performing loans. They are also required to strengthen the governance of the banking sector, including making it independent of politics. The electricity transmission network will be privatised as part of a long-term strategy to improve efficiency in the country.

How has the economy been coping?

The data show that the crisis in Greece at the moment is one of the worst the world has seen in recent times. It has lasted longer than the Great Depression of the 1930s; longer than the impact of the oil price shock in the '70s, and longer than the effect of the global financial crisis of 2008. Currently, businesses in Greece are suffering from lack of access to cash needed to pay suppliers and employees in the production process. As a result, business activity has slowed tremendously and shop owners are worried that they may soon might not have anything to sell, or that they may be unable to hire staff. These restrictions on how much a business can withdraw, or how much they can transfer to and from banks in and out of the county, have been having a negative impact on commerce and overall business activity.

Many were unhappy with a vote to increase austerity measures in exchange for funds. However, the vote opened room for Greece to receive a bridging loan, allowing them to reopen banks and make payments to creditors. Greece has to make payments to the amount of €4.2 billion to the EU and €2.05 billion to the IMF in July 2015. Germany has considered giving Greece additional debt concessions, while the IMF has declared that Greece has honoured its debt. The new bailout package is now pending.

Greece is in a better position this week than it has been over past few months. The reopening of banks doesn't mean that the economy is automatically restored to normal; several series of events must occur to put the country on the right path. Austerity measures implemented over the seven years have not improved the economic conditions of the country, resulting in constant reliance on the EU, the IMF and on other international creditors.

- Dr Andre Haughton is a lecturer in the Department of Economics on the Mona campus of the University of the West Indies.