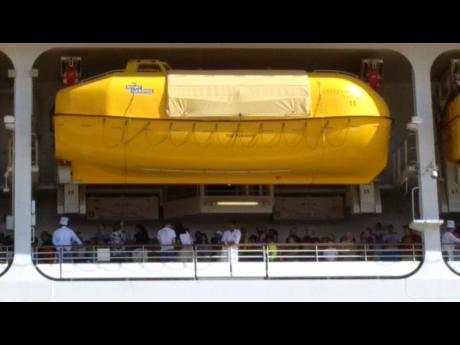 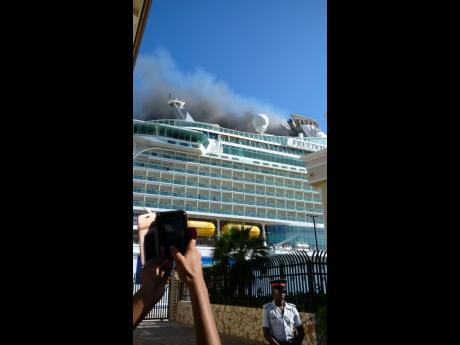 WESTERN BUREAU:
Tourism officials in Falmouth, Trelawny say the crew aboard Royal Caribbean's Freedom of the Seas seem to have contained a fire on-board.

The ship carrying 4,000 passengers caught fire at sea this morning at approximately 7 o'clock.

The fire reportedly started at the top section of the ship, where a restaurant is located.

It is believed that the fire did not spread to other areas.

However, up to 8:30 a.m. there was still smoke coming from the vessell, which is now docked at the Falmouth Pier in Trelawny.

The passengers remained on-board, while some sections of the port have been evacuated and no one, except the police are being allowed entry.

The ship was en route from Labadee, Haiti, with its next stop scheduled for the Cayman Islands.

Meanwhile, an official from the Ministry of Tourism and Entertainment says the fire has been totally extinguished.