NWC: Water levels dropping, but no further restrictions being considered 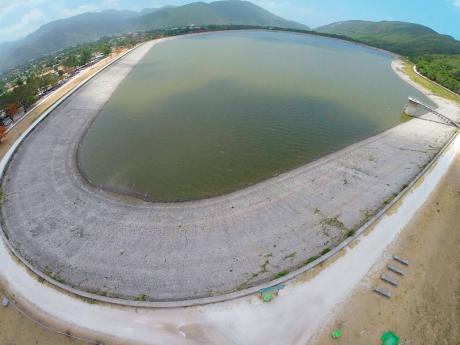 The National Water Commission (NWC) says no further restrictions are being considered at this time although its water storage levels continue to decline.

The agency's s main storage facilities are the Mona Reservoir and the Hermitage Dam which serve the Kingston and St Andrew region.

In an update on July two, the NWC reported that the reservoir was at 32 per cent of its capacity and the dam at 40 per cent and could last for 15 days without any controls.

However, yesterday the NWC's Corporate Public Relations Manager, Charles Buchanan, said the Mona facility has now dropped to 24 per cent and the Hermitage Dam to 36 per cent. A section of the Hermitage Dam. - File photo

However, he has refused to say for how long the water in storage could last without the controls.

Buchanan says even with the declines and the absence of the usual inflows, the NWC is not actively considering any further restrictions.

He also says the rate of decline has slowed and this is largely because of the tighter restrictions imposed in recent weeks.

Under the latest controls, communities receive water every other day.

The NWC's water supply systems have been affected by the ongoing drought conditions caused mainly by the absence of the usual May and June rains.