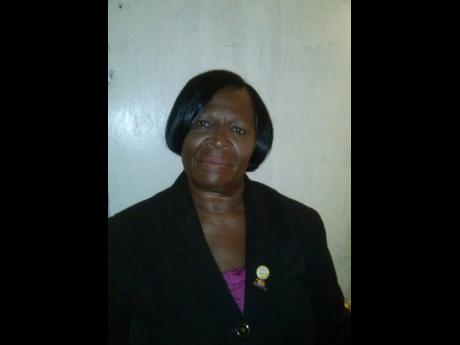 In an attempt to preserve the memory of their late parents, the Henderson family of St Thomas established The Rubena and Eulous Henderson Educational Trust Fund.

The Gleaner met with Hyacinth Henderson-Bent, one of the daughters who sits as trustee and treasurer of the trust fund.

"My father died some years before my mother, who passed in 2008. It was then we decided that we needed to do something to honour them," said Henderson-Bent.

She spoke of her parents' genuine love and respect for education.

"Though they weren't as educated as they'd like to be, they were still able to help us with our schoolwork," she said referring to herself and her 11 siblings.

"My mother used to help us with our maths. Daddy was the linguist," Henderson-Bent laughed as she reminisced.

She told The Gleaner that her parents, though not wealthy, did everything to ensure that they got a good education. It is for this reason the family decided the trust fund would contribute to someone's education.

Thus, a scholarship was set up for two students, one from the Cedar Valley Primary School and the other from Trinityville Primary.

Henderson-Bent said: "You may wonder why we chose those schools. Of course, it was because we all attended them at some point in our lives."

In order to qualify, the students would have to be successful in the Grade Six Achievement Test. The recipients would also have to be in need of financial assistance.

The scholarship provides the recipients with $10,000 each.

The treasurer of the trust fund told The Gleaner that the first scholarship came from the money that was collected at her mother's funeral.

"I know it's not much, but the parents have expressed their gratitude as they say it fills a huge gap. The money is used to help buy books and uniforms for school," said Henderson-Bent, revealing that even the principals of the schools were excited about the act of kindness.

She added that every year, they [the principals] called to enquire if that the money would be donated to the students.

Thelma Huie, principal of the Trinityville Primary School said that the fund had been working miracles for the recipients.

"We are very appreciative of the Henderson family for what they have been doing," she said, adding that the father of this year's recipient has been expressing gratitude.

So far, 12 students have benefited from the scholarship. The Henderson family has hopes of extending it to a student at the Morant Bay High School.

However, things are not going as smoothly as they anticipated.

"The money for the fund comes from my family and close friends. We added $2,000 to the existing amount, but we're aware that it's not much as things are getting really expensive," explained the trustee.

Henderson-Bent said the money is even harder to find now as they are all retired. Nevertheless, they are staying true to the promise they made years ago.

"We are seeking donations to help carry on The Rubena and Eulous Henderson Trust Fund. It has been really helpful to the education of a few children growing up in the rural area, therefore, we welcome anything that may aid us in carrying out our commitment," she implored.

Members of the executive body hope to have fundraisers such a fish fry to boost the fund.