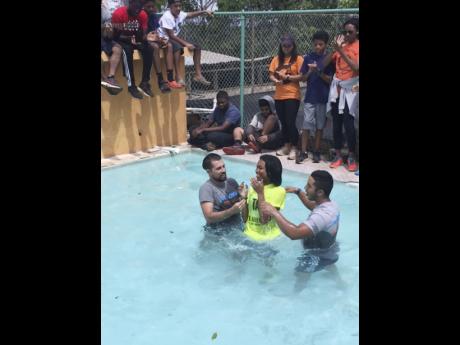 Contributed
Some 70 of the 89 campers who attended the teens session gave their lives to the Lord at Moorlands Camp this year, and 30 of them were baptised following obtaining permission from their parents. 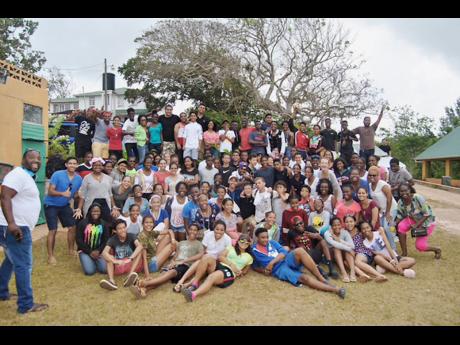 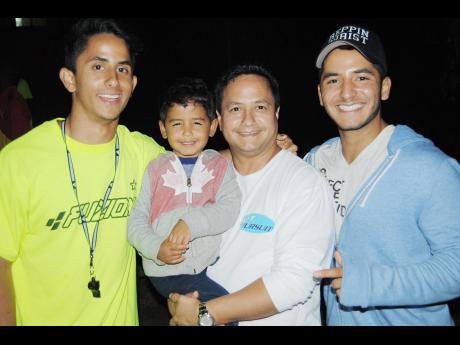 Contributed
The family that plays and prays together from left: Joshua; Jace; daddy, Omar; and Jonathan Azan. 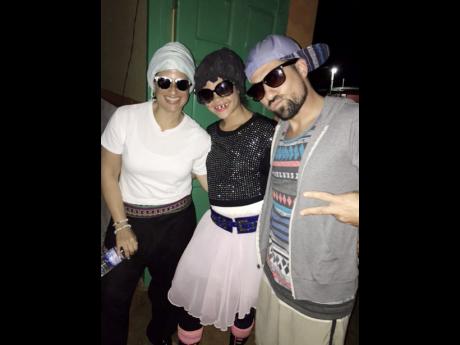 Contributed
From left: Lezanne Azan, Kris-Anne Steel, and Pastor Kory Cassell are ready to play their part on game show night at the camp.
1
2
3
4

He is known to many as the boss of one of the island's leading furniture manufacturing companies and a former president of the Jamaica Manufacturers' Association (JMA). But not many are aware that the affable Omar Azan, owner of Boss Furniture Company, is a God-fearing family man, who, this year, spent one week at the annual Moorlands Camp in Spur Tree, Manchester, mentoring young people and winning souls for Christ.

This is the second year that Azan, his wife Lezanne, and their three sons have traded their comfortable residence to live and work at the camp, having been asked by the board of Moorlands to serve as a commandant last year. Asked by The Gleaner why he is doing this activity, Azan said he and his wife are always giving back, but this presented an opportunity to also serve God's kingdom.

"It is also because of the positive things that Moorlands has done for the youngsters who come from all socio-economic backgrounds. It is amazing to see the children giving their lives to the Lord, and they are also encouraged to open up during the discussion sessions and talk about some of the things they might be hesitant to share with others," Azan said.

Each camp week runs from one Saturday to the next, and Azan and his family join some 30 other counsellors who supervise the activities. Following an inspiring talk from a Florida-based speaker last year, 97 of the 100 children gave their lives to Christ, and 36 of them were subsequently baptised.

This year, 70 of the 89 children aged 14 to 15 were saved and 30 were baptised, having received permission from their parents. The campers participate in a number of activities daily, including playing games, Bible study, worshipping, watching movies, rock climbing, zip lining, skate boarding, and drama presentations.