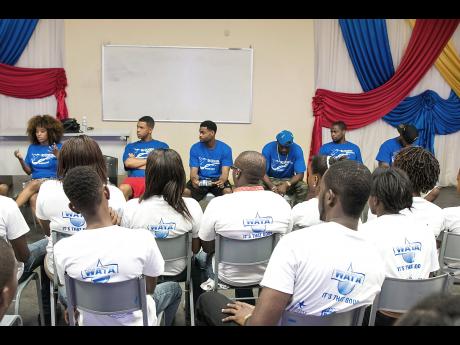 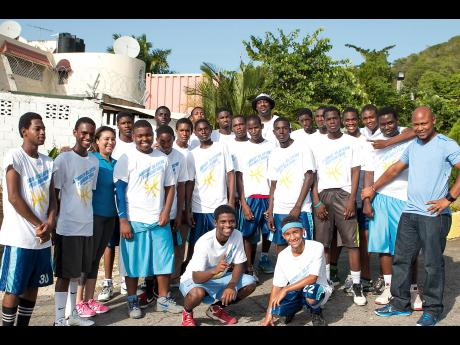 The RuJohn Foundation, in partnership with Wisynco, recently brought to Jamaica more than 30 entertainment and entrepreneurship personalities to facilitate more than 300 youths from across the island in the annual RuJohn Foundation Celebrity Sports Camp at the University of the West Indies (UWI) Western Campus.

The group was led by RuJohn Foundation CEO and entertainment personality, Andrew Bachelor, who is popularly known as King Bach, appearing on the current season of Nick Cannon's Wild 'n Out, Black Jesus on Adult Swim, as well as The Mindy Project, and boasts 12 million followers on the social-media channel Vine.

The RuJohn Foundation began in 2003, in honour of Ruth and John Tulloch - the Jamaican grandparents of Andrew and his sister, Christina Bachelor, who is president of the foundation. Ruth and John taught their children to help others, especially those who are not always able to help themselves.

To commemorate their memory, Andrew and Christina started the foundation with the aim to inspire youth to work hard to achieve their goals and to become good citizens of their country.

"We first started when we were teenagers because we wanted to give back and stay in touch with our Jamaican roots," said Christina Bachelor, speaking of how she and her brother came to establish the RuJohn Foundation. "Even though we were not born here, we are part of the Jamaican diaspora and we want to ensure we make a contribution to the island," she said.

Chrys-Ann Crawford, brand marketing assistant at Wisynco, said the partnership with the foundation is natural as they share similar goals regarding values contributing to nation building. "We are proud of our work with young people in schools across the island, and are delighted that we were able to bring students from Kingston to Montego Bay to have the invaluable experience of engaging and learning from the presenters today," Crawford said.

Wisynco transported a group of basketball players from St Catherine High School to Montego Bay to participate in the coaching camp led by professional basketball player Andrey Blatche. The company also provided hydration for all the participants with their products.

In its early years, the RuJohn Foundation was a small programme that gave school supplies, computers and other items to specific communities. With the support of partners such as Wisynco, they have grown and are now able to host camps for hundreds of young Jamaicans and each year give 10 students tertiary scholarships valued between J$200,000 and J$500,000.