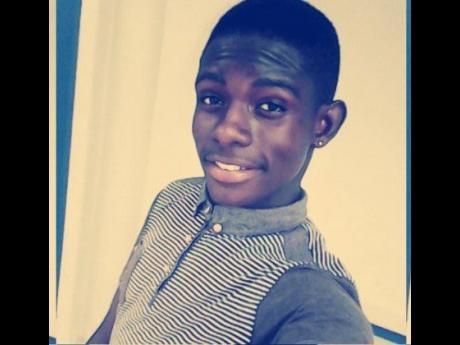 Kadeem Brown lost his mother when he was just a few months old. He has bounced from home to home and there were times when he was left at the mercy of friends. But in spite of all that, he has just finished his high school education at St George's College and is looking forward to going on to sixth form.

For him, giving up is not an option, even though there were many days when he felt like doing just that. As he told The Gleaner, "When I started St George's College in 2010, it was a challenge, but I heard the voice of God say, 'You are here for a reason'."

From first form to fifth, Brown said it was not an easy road as he had many difficult issues to deal with, not the least of which involved his being picked on in school.

According to him, he was faced with ostracism and attacked as a result of his demeanour, and because he spoke standard English, he was referred to as gay and called names.

A turn for the worse

Despite his many complaints, nothing was done. Eventually, he retaliated, and that's when he got attention - but not the type he wanted.

"They said I was a troublemaker and a bully and I ended up being punished instead," he said.

Brown is still giving thanks for teachers and a few close friends who encouraged him and helped to ensure that he kept his focus.

According to Brown, during his challenges, his grades fluctuated, especially in second form when they began to drop.

"In second form, the challenges peaked, and it was hard for me to complete assignments because of the lack of resources as a result of moving from home to home," he said.

In the upper grades, Brown said he managed to regain his focus and "held his head above the water" to pull through, using what he calls the improvising method, he managed to maintain an average of between 65 and 75 per cent.

While other classmates had comfortable environments in which to study, this was not the case for him, so he had to resort to 'Plan B': "Learning to retain what I learnt in class and take that class memory to any examination with a little 15-minute revision, just before the exam," he said.

One of Brown's happy moments came while living with a relative in Old Harbour. For a while, he felt relaxed and started allowing himself the privilege of being happy, but, according to him, it all came tumbling down when the relative told him: "Kadeem, me naah compromise wid yuh lifestyle."

"My heart was torn again after the recently concluded mending process," he said, adding that he was back to being depressed.

Although he had the support of friends, Brown admits that there were days when he felt like the load was just too much for a teenager to carry.

He said twice he attempted suicide by taking 24-50 tablets, but nothing happened. He also cut himself, hoping to end his life.

Brown said after the failed attempts and constant reassurances from friends that his life was worth living, he finally got the message. It was sealed with the Kurt Carr gospel song I Almost Let Go. He said the words resonated in his heart.

"I almost let go. I felt like I just couldn't take life anymore, but God held me close so I wouldn't let go. So I am here today because God kept me. That song was and still is my theme song," said Brown.

With fifth form out of the way, Brown is hoping to get the financial assistance he needs to go on to sixth form at another school to "begin his quest to be a lawyer".

"I aspire to be an influential person in the Jamaican society as I want to inspire a nation. So with the change of environment I will receive at the new high school, I will do just that by being an active and well-rounded individual," he said.

Although it is now well into the summer holidays, he is hoping it is not too late to get a summer job so that he can save some money towards the new school term.

He is also hoping he will be successful in his Peace and Love Academic Scholarship application - an Atlanta-based organisation founded by Ruel 'Rula' Brown.

The teen has one message for his fellow Jamaicans and it's for them never to use anyone's circumstances or situation to determine how far they reach.

"Despite my situation, despite my choices, that still doesn't make me any less or any more than anyone, but it also gives me a reason to not settle for less but proceed to the best."