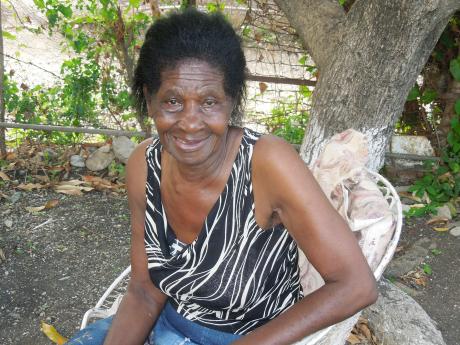 "Ebry day a fishing day, but ebry day no fi ketch fish", is a popular Jamaican phrase. But most can't testify to these words quite like Emily Searchwell, also called Milly, a retired fish vendor.

Sitting comfortably inside her Pondside home in Yallahs, St Thomas, Milly reminisced on the days when she was a fish vendor.

"I started selling fish in 1964 after a friend convinced me to buy some from him," said the 76-year-old.

"A few women and myself formed a little fishing village on the side of the Roselle main road," she continued.

Snapper, doctor fish, grunt, and sprat are just a few types of fish that were sold.

Passersby could get almost any type of fish at the small fishing village that was located on the side of the Roselle main road on their way to or from the parish capital of Morant Bay.

"I used to wake up every morning at five to take care of everything around the house, get my children together, leave them with their grandmother, and leave out in time to wait on the boats to come in," she said.

"Then I would get the fish, weigh and scale them, and make them presentable to the buyers."

Milly said, at first, she and the other women had to stand in the sun, hold their best fish in the air and shout, "Fish! Fish! Nice, clean fish!" as the cars passed.

Eventually, people got used to them being there and so their customer base got bigger.

"I used to get a lot of buyers because I made sure that I sold good-quality fish. I also cleaned them up nicely so they wouldn't have plenty work to do when it was time to cook," Milly said.

It was quite obvious that selling fish was a task she enjoyed.

"I loved selling fish. It made me feel good to know that I was making my own money and I could take care of myself and my children," she said.

"Even after my children were old enough and looking after themselves, I still went out every morning to the fishing village," she added.

"It became my hobby."

However, sadly, Milly was robbed of this simple joy.

"One morning in 2010, I woke up at 5 and did what I usually do. I called a taxi which takes me into Kingston to buy fish. On our way, we met in an accident," she said.

The car crash resulted in the death of the driver and a homebound Milly.

She said: "The incident revealed how tired my body was, and the doctors said I needed a lot of rest. When I thought I had enough and was ready to go back to selling, my children objected and told me to stay home."

Milly mentioned that though she tried to convince her family that she could sell again, she knew in her heart that her selling days were over.

"Knowing that I would never work again made me feel bad. It still affects me because I'm used to the 'up-and-down' life, so sitting down doing nothing is frustrating," she said shaking her head.

The retiree was quick to dismiss any thoughts of ungratefulness.

"Even though I don't feel good not being able to work, I still give God thanks because I can still help myself and, unlike the driver, I still have life."