'There is life after death' 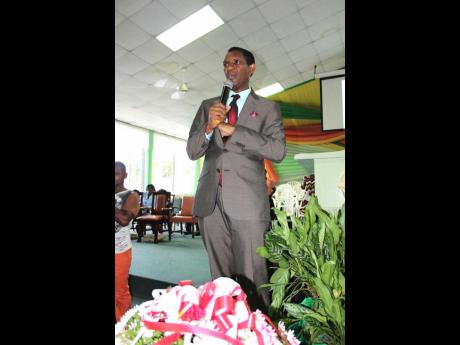 While there are some who believe that the 'life after death' concept is a myth, it is largely embraced by the Christian community as a promise of the Messiah.

Eminent Christian preacher Andrew Steele of the New Life Community Church in Spanish Town is adamant that there is life after death.

In fact, Steele told Family and Religion that not only will believers in Christ be brought back from the dead, but there are some people who will not die, but will remain alive at the coming of Christ.

"There will be two resurrections of the dead: the first where believers who died in Christ - and believers who are alive - will be caught up to meet Christ in the air, and the other where those who did not make the first resurrection will be judged and those whose names do not appear in the book will be thrown into the lake of fire, hence experiencing a second death," Steele told Family and Religion.

"This is recorded in 1 Corinthians 15 v 51, where the Apostle Paul, getting the revelation from God, was able to explain the mystery of the rapture or end-time events to the Church," he explained.

According to Steele, man is

"When a man dies, only the physical body perishes. The spirit goes back to God, who gave it in the first place. At the resurrection, those who died as believers, likewise those who remain alive, will be given an immortal body to go with Christ, according to the scriptures," the reverend said.

To further support the resurrection theory, the man of the cloth made reference to 1 Thessalonians 4 v 16 and 17, which proclaims the descending of the Lord with a great shout, with the voice of an archangel and the sound of a trumpet, then the rising of the dead in Christ to meet Him in the air.

"Only the Christian believers who died in Christ will hear the sounds. Non-believers will not hear these sounds," Steele suggested.

In responding to the fate of the non-believers, he made reference to Revelation 20. This chapter, he said, gives a vivid account of the second resurrection and a period of great tribulation that will give rise to the Antichrist.

"For those who allow themselves to be influenced by the beast during this period of the great tribulation, they will be cast into the lake of fire. Those who do not sacrifice their souls will have their names recorded for the Kingdom," Steele said.