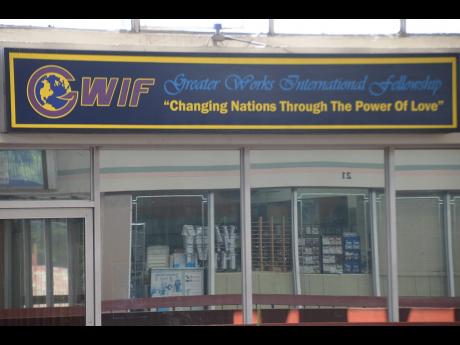 Greater Works International Fellowship (GWIF) Prophetic Ministry - which has called the Red Hills Mall in St Andrew home for more than a decade - has been denied its request to remain at the property pending the hearing of an appeal against a court order to move out.

The court has ruled that the church should move out of the mall even before its appeal is heard on August 22.

"The Court of Appeal refused Greater Works International Fellowship stay pending the hearing of the appeal of the judgment against them. They now have up to 22nd of August to move the church to a new location and turn the lots into shops and offices from the 23rd of August 2015," Dr Joseph Lasisi, a dental surgeon and shop owner/operator in the mall, told The Sunday Gleaner.

According to Lasisi, "It was the view of the judge that the chances of that appeal being successful were very doubtful. So the congregation can also follow the prophet to a new location since they love him dearly."

Since the court's ruling, attempts by The Sunday Gleaner to get a comment from GWIF prophet Andrew Scott have been unsuccessful.

However, when the problems were first made public, he said the majority of business owners did not have a problem with the church.

Smith claimed that the problems started after officials of the church questioned the operations of one shop owner.

According to Smith, before GWIF began operating there, a branch of the Universal Church was operating in shops rented to it by persons who are now saying no church should be there.

"The problem is that we have bought several shops and they are afraid that we are going to buy the mall. They don't see the work of the church and the gunmen that are getting saved in the mall."