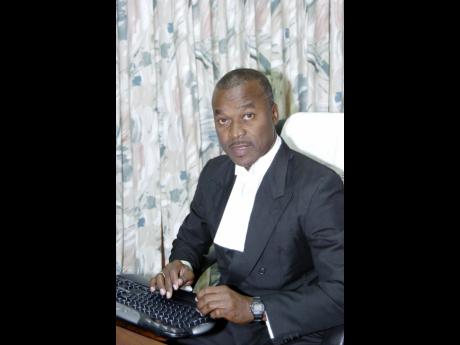 The Supreme Court has awarded damages of $2.9 million with interest to a man who had a rape charge hanging over his head for three years although DNA tests excluded him as the rapist.

Winston Hamilton, a mason of a Kingston address, had sued Detective Sergeant Maurice Puddie and the attorney general to recover damages for false imprisonment, malicious prosecution and aggravated damages.

Justice Sharon George, in handing down judgment, awarded Hamilton $500,000 for aggravated damages, $900,000 for malicious prosecution, $800,000 for false imprisonment and $700,000 for special damages for loss of earnings, and the cost of legal defence.

"It was atrocious that evidence was there to show Hamilton had nothing to do with the incident and the case was prolonged nonetheless," said attorney-at-law Aon Stewart of the law firm Knight, Junor & Samuels, who represented Hamilton in the civil suit.

According to Stewart, the award for aggravated damages meant the court was sending a message about the injustice of the situation.

"Such an award sends a message to all parties concerned that the court does not condone such actions," said Stewart.

Attorney-at-law Bert Samuels, who represented Hamilton at his rape trial, disclosed that Hamilton spent 120 days in custody before he got bail. He said Hamilton was denied bail at first because of the seriousness of the offence and the fact that he was pointed out by the complainant at an identification parade.

Samuels said when the DNA report was presented to the court, the judge was moved to grant Hamilton bail.

"I wrote to the director of public prosecutions stating that the man was excluded, stop the prosecution," but his request was not met. He said he had even indicated that Hamilton was willing to give blood samples.

Samuels told The Sunday Gleaner that when Hamilton was arrested in 2007, the underpants he were wearing was taken from him and semen was found on it.

The complainant and her boyfriend, who was a policeman, were held up at gunpoint by a man while they were at home and the complainant was raped. The rapist used a condom and when he was leaving the house, he threw away the condom.

The complainant's boyfriend picked up the condom and handed it to the investigating officers. The exhibits were taken to the government forensic laboratory and DNA tests were conducted.

Hamilton went on trial in 2010 and the government analyst gave her finding that there was no comparison between the two exhibits. Samuels said after the Crown closed its case on January 13, 2010, he made a no-case submission, it was upheld and Hamilton was freed of the rape charge.

A suit was filed in which Hamilton sought damages for the 120 days that he was falsely imprisoned until he was granted bail. He claimed that Puddie either maliciously or without reasonable and probable cause had him prosecuted in the Home Circuit.

Hamilton said Puddie knew or ought to have known that continuing with the prosecution could have resulted in his further imprisonment, if convicted.

One of Hamilton's contention was that Puddie, "having sought and obtained DNA reports which excluded him (Hamilton) from the commission of the offence", still continued to prosecute him with malice and without reasonable and probable cause.

According to Hamilton, Puddie's conduct in prosecuting the case against him amounted to an abuse of his powers as a policeman and was oppressive, arbitrary and unconstitutional, and as a result, he was entitled to aggravated damages.

The judge ordered the defendants to pay Hamilton's legal costs in the civil suit.