WorldVentures to refund woman duped into pumping $45,000 into fraudulent scheme 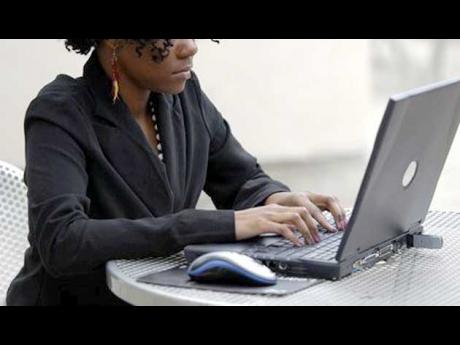 A Corporate Area-based woman who was the first person to admit that she was scammed by someone who claimed to be an agent of the United States-based WorldVentures Holding is to get her money back.

Having made contact with WorldVentures following the publication of two stories in The Sunday Gleaner, the woman, Pauline*, who was afraid that she had been duped out of almost $45,000, received the good news, but other Jamaicans in her position might not be so lucky.

"As a one-time courtesy, we have requested a refund on your behalf of your fees paid to WorldVentures. Please allow our Billing Department to process the refund back into your original method of payment in approximately five to seven business days," said the company, which has repeatedly declared that it is not operating locally, in an email last week.

In outlining her story, Pauline told The Sunday Gleaner that she was hoping a meeting with an online business consultant would have led to her expanding her part-time business, instead it led to her being conned into paying thousands of dollars to 'invest in WorldVentures', with nothing to show for it.

"When she told me about WorldVentures and said I could earn at minimum US$100 per month, and go on these luxurious trips, I told her this would really be a dream come true, but it worked out more to be a nightmare for me," said Pauline, as she explained her experience with Tina*, who claimed to be a representative of the US-based travel club.

Pauline said she initially came in contact with Tina through a newspaper article regarding working online.

"I contacted her because I read an article she wrote, which discussed the potential to earn extra money online. Because I supplement my salary by baking fruitcakes for sale during the Christmas holidays, I was thinking maybe I can earn a little extra from this business if I set up something online, but instead she introduced me to WorldVentures," said Pauline.

According to Pauline, she was hooked by the claim that her returns from investing in the travel club would dwarf her part-time earnings from her fruitcakes.

"She (Tina) said all I needed was an international credit card, from which the payments would come, a ship-me account which would serve as my United States address from where WorldVentures would be able to contact me and send my earnings, and a business name."

Pauline admitted that these clandestine measures to hide her true address did seem suspicious; however, her fears were allayed when Tina told her that this was only necessary because the company did not yet have a local office.

"She told me that the company was legitimate and showed me the company's web page with all different levels of memberships to both recruit other people to the club and earn your monthly commission, as well as to go on these luxury trips and get discounts on travel, but before I could access anything I had to pay my membership fee of J$27,800," explained a dejected Pauline.

"She was the one who set up everything for me from the credit card withdrawals for monthly membership fee to the ship-me account, but what really made me suspicious was her telling me that now I needed to give her the contact details for at least 200 of my friends, associates and family members, who she said could be targeted to join as well."

Pauline said she refused this request, arguing that she would not give out the contacts of family members without their permission. This refusal, she felt, may have irked the alleged representative, who discontinued communicating with her soon after.

"She used to call me every day before I joined, but when I signed up that was where it stopped, and I could hardly get in contact with her either, even though she had promised to guide me through the process," said Pauline.

"I remember I tried to get two of my friends to join with me and initially she did speak to them, but they were sceptical of the scheme so they wouldn't come on board. After that, the only place I could reach her was on Facebook."

According to Pauline, after months of being a member of the travel club she earned no dividend and did not go on any 'dream' trips.

"There was no vacation nor commission, only the US$35.98 (J$4,210) that was being withdrawn from my credit card monthly. I remember seeing a post from Tina on social media that there was to be a trip to some hotel in Jamaica, but that it was conveniently all booked out already," explained Pauline, who said it was her teenage son who eventually convinced her to discontinue these withdrawals.

Pauline said after losing a little under J$45,000 to the scheme, The Sunday Gleaner's report which quoted Laura Wards, director of global marketing and public relations for WorldVentures Holdings, stating that the company was not operating in the island was shocking.