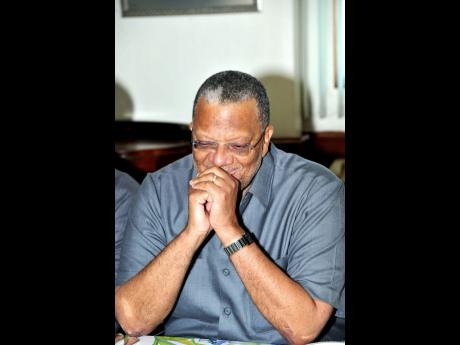 File
Phillips ... the wage bill target is one of the areas the Government is considering.

Finance Minister Dr Peter Phillips has indicated that the Government is pushing for a review of some of the targets under Jamaica’s loan agreement with the International Monetary Fund (IMF).

Speaking on Nationwide News Network this morning, Phillips said the wage bill target is one of the areas the Government is considering.

That target has already seen some adjustment with the original date of reducing the public sector's wage bill to nine per cent of GDP by 2015/16 pushed back to 2016/17.

The news of a possible review follows the Government’s success last week in raising loan funds to retire some of its Petrocaribe debt.

The buyback has created some space for possible adjustment to the economic targets.

Meanwhile, Dr. Phillips says he welcomes the lobby by some members of the US Congress to get the American President to push the IMF to relax the primary surplus target.

The primary surplus is the difference between income and expenditure that is not debt related.

Phillips has remained tight-lipped on whether the primary surplus is one of the areas, the Government is seeking to have adjusted:

Under the economic reform programme with the IMF, Jamaica must maintain a primary surplus of 7.5 percent of gross domestic product which critics say limits efforts to achieve economic growth.