Footprints: Rudolph Jeffrey - His captivating smile will live on 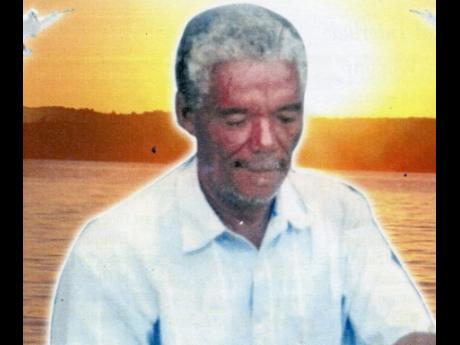 Mourners on Saturday bade farewell to Rudolph Jeffery, who died on June 23.

Jeffery, the son of a war veteran, was born in Golden Grove, St Thomas, on October 20, 1944. His mother was Matilda Nelson and his father, Agustus Jeffery.

Known affectionally as 'Juicy', Jeffery has been described as one whose character epitomises perfect love, humility, and forgiveness.

According to Damion Coombs, his adopted son, Juicy left massive footprints during his 70 years on Earth.

Father of two children - Rudolph and Owesha - Juicy never sought after the trappings of wealth. He was more concerned about educating and protecting the vulnerable youth in the society.

"Juicy was a simple guy. He did not enter the hassle to make any reasonable sums of money. He was contented with whatever is available and within reach," Coombs said.

A useful batsman in his younger days, Juicy was a big fan of cricket. He also enjoyed horse racing and dominos.

Juicy, who left St Thomas during the 1970s, lived at Paradise Street in Kingston and then, Smith Lane, also in the capital city.

He worked at the Sugar Industry Authority, Goodyear Factory, and Seprod before setting up trade across from the Corporate Area Resident Magistrate's Court, Sutton Street. For more than 30 years, Juicy and his common-law wife, Cynthia Blake, set up shop under a big umbrella, selling notice forms, postal stamps, and juices.

According to Coombs, almost everyone who had business in the court at one time or another found shelter under the umbrella.

"He never told any of us that the umbrella was too small for accommodation," Coombs said of the man who was not only trustworthy and kind, but also respectful.

Juicy, whose remains have been interred at Meadowrest Memorial Park, is said to have been a man who rubbed shoulders with people of all socio-economic classes but never lost either the common touch or his sense of self.

He is remembered as one whose bright, captivating smile and undying generosity fostered hope, and, although he has died, his footprints will live on.