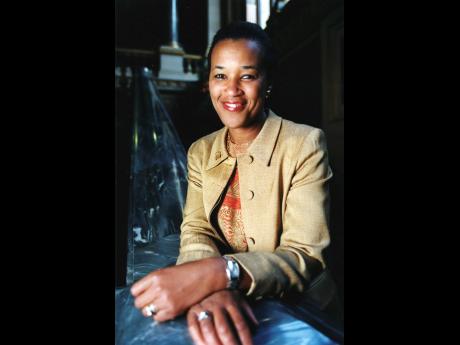 Patricia Scotland, the Dominican-born, United Kingdom baroness, is on a mission to reconstruct a vibrant and dynamic Commonwealth of nations.

For the redoubtable lawyer, politician, and advocate, the international community should not merely stand as a grand symbol of a past era, but must serve as a modern-day bulwark for small member states such as Jamaica and its neighbours.

"The Commonwealth is in need of new direction, energy, and commitment," declared Scotland.

It is within this context that she is soliciting Jamaica's support in propelling her on a new frontier to grasp the mantle of Commonwealth secretary general.

The deeply Christian mother of two sons, Scotland has already charted outstanding career paths in the UK in a range of areas: as parliamentary undersecretary, attorney general, minister of state, and prime ministerial trade envoy.

This indefatigable 60-year-old envisages a restoration of the relevance to the Commonwealth status on the international landscape. But first, Scotland, a tireless advocate in the cause of economic development in her initiatives in the Caribbean and throughout the Commonwealth, requires a mandate from Jamaica and other Commonwealth states to catapult her to the position of Commonwealth secretary general.

The election for the position is scheduled to be held in November.

Scotland is seeking to realise her vision to restore the prestige and relevance of the now flagging international grouping of countries. "The Commonwealth is seen as failing at a time when two-thirds of the body are small independent, developing states that very much need the help and support that such a constellation of countries give," she told The Gleaner.

Asserting that she is convinced that a valuable resource such as the Commonwealth should not be allowed to fail, Scotland said she is persuaded that she is the most suitable candidate for the job of restoring the once-vaunted international body.

"For many years, I have worked throughout the Caribbean and many countries in the Commonwealth, looking at the problems that many of our countries face," she noted. These, Scotland said, include issues of family and dysfunctionality, civil rights and discrimination as well as issues that affect the poor and disadvantaged. "During those years, I have had many ideas about how I could bring about productive change," she said.

Scotland argued that if she was able to do so much in limited ministerial capacities in the past, she would be far more equipped to do more in the position of Commonwealth secretary general. "I helped to design the Family Court in Trinidad and Tobago; I participated in charities called 'Lifeline' which was set up in the twin-island state," said Scotland. "I lectured in countries all across our region."

"I think that I know from my experience that change is possible," said Scotland. "It's hard, it's difficult, but it is doable if you build partnerships between the different parties who can bring about that change."

Born in Dominica to a Dominican mother and an Antiguan father, Scotland continues to have strong family and professional ties throughout the region.

Having received the blessing of the Dominican administration, Scotland's candidacy comes at a juncture when the Commonwealth system struggles for fresh injections of a breath of fresh air. Taken to the United Kingdom at an early age, Scotland was brought up in a large close-knit Caribbean family, where she said she was taught the importance of hard work, education, pride in her heritage, and the obligation to give back to the region of her birth and to the society in which she was raised. This ethic charted Scotland's course throughout her dynamic career in law, public service, and politics.