PM heading to New York for meeting at UN headquarters 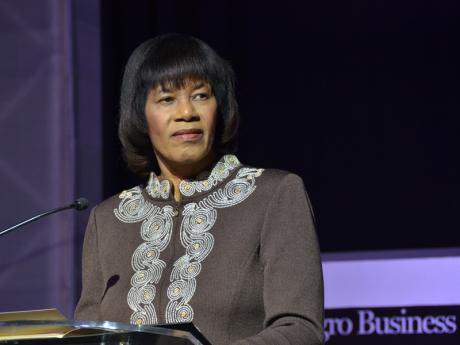 File Photo
Prime Minister Portia Simpson Miller is to leave the island today for a meeting in New York.

Prime Minister Portia Simpson Miller is to leave the island today for a meeting in New York looking at threats facing Jamaica and other small-island developing states.

The meeting is set to take place tomorrow at the United Nations (UN) headquarters.

Simpson Miller is to address a special UN Open Debate on peace and security challenges facing countries like Jamaica.

The Office of the Prime Minister (OPM) says Simpson Miller was invited to give the Jamaican and Caribbean perspective during the panel discussion on the issue.

The Prime Minister is expected to outline Jamaica’s efforts to secure its people, protect its borders and participate in global peace and security initiatives.

The current security challenges in Jamaica, including the prevalence of gun related murders, the proliferation of guns and the effects of the drugs trade, are also expected to feature in her statement.

The OPM says Simpson Miller will underscore the close link between national, regional and global peace and security and economic and social development issues.

The Prime Minister is scheduled to return on Friday.

During her absence Minister of Transport, Works and Housing, Dr Omar Davies will be in charge of the Government.