Racism continues to plague us 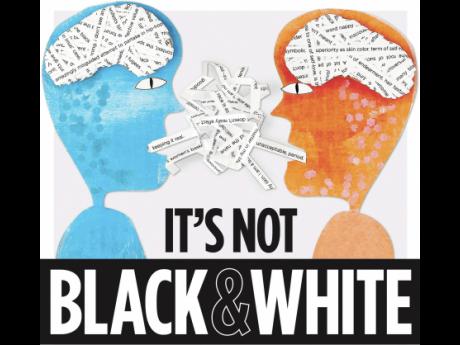 Hello mi neighbour! Why am I a racist? Despite great efforts at fragmenting the human race, without exception, we all remain one blood. The blood of Adam, the first human being to be created, runs through the veins of all human beings who enter this world. Undeniably, therefore, we are all blood relatives. Hello cousin!

Our once hospitable world has become an awful place for us humans because our 'onebloodedness' has been severely overlooked, misunderstood or terribly mismanaged for thousands of years.

This has led to the fragmentation of people through the use of a set of ideologies and practices called racism. By this they justify, or cause, the unequal distribution of privileges and rights among people. Racism posits that characteristics and abilities are distributed among people on the basis of their skin colour, hair and eye shape etc. As such, some groups are made inferior to others and are discriminated against. Of course, scientists have proven that no grouping is superior to any other ... but that discussion is for another time.

Despite much effort at stamping out this moral disease, racism continues to plague many nations of the world. It spans communities, countries and continents. This complex issue is a silent ingredient for fear and is responsible for the ignorance and arrogance fuelling deadly conflicts almost everywhere on this globe. Can we, as a world, rise up with the tools available to us and crush this monster which has already caused so much pain among humanity?

We must bear in mind that all of us are "fearfully and wonderfully made in the image and likeness" of the Great Creator. The various ethnic groups with their own uniqueness are expressions of the Father's creativity and should be used as an opportunity for celebration rather than a point for segregation. Oh my, haven't we all blundered?

But, as they say, it's never too late for a shower of rain. Whether we have been affected by racism or not, we can give new meaning to this concept by becoming 'human racists'. For this I coin a definition: a 'human racist' is someone who embraces humanity from the perspective of its Creator and is willing to work for the good of all. Yes, I am 'racist' and I invite you to join me in this new progressive definition of racism and let's knock heads together as we try to help resolve some issues facing our relatives including those from the list below.

Until next time, take care, cuz!

2. Tris-Ann, for donation of clothing for 18-year-old female.

3. Keisha for offering a refrigerator and a TV to a neighbour.

4. Neighbour, for offering a play pen to a neighbour.

OPPORTUNITIES TO BE NEIGHBOURLY

Melonie, asking neighbours for a television.

Neighbour, asking neighbours for a bed.

Neighbour, single mother, asking for assistance to go back to nursing school.

Jean, St Thomas, mother asking for a television and refrigerator.

Neighbour, mother of three asking for a stove to bake for a living.

Joy, asking neighbours for help to purchase medication for kidney.

Ingrid, St Mary, unemployed single mother. Asking for a start with some chickens for rearing and a mattress.

Latoya, St Catherine, in need of a stove to bake pastries for a living.

Elaine, asking for a stove, television, clothing for 15-year-old son.