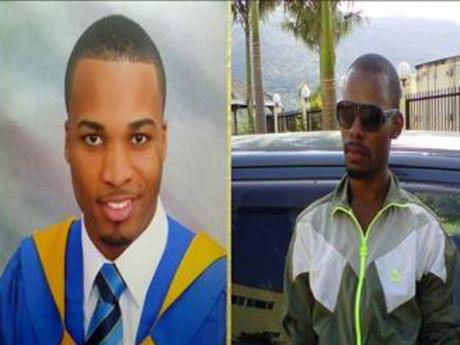 The police have declared as dead the former University of Technology student and a St Andrew businessman who went missing in 2013.

Detective Inspector, Marvin Brooks, says charges against the three people held in the case will be upgraded to murder when they appear in court on September 30.

He told The Gleaner/Power 106 News Centre that the Director of Public Prosecutions has ruled that the police can pursue a murder case based on certain evidence collected.

He declined to disclose the kind of evidence.

They have not been seen or heard from since.

READ: Give me my son - Mom appeals for abductors to release Kirkland Heights men

Three weeks after the abduction, Dionne Mitchell, Damion Lawrence and Evon Simmonds were arrested on gun related and abduction charges in relation to the disappearance of the men.

The police had confirmed that a Jamaican businessman residing in the US, offered $300,000 for the men’s abduction.

Investigators had also theorised that the men may have been taken away to be murdered as part of a vendetta.