42 suicides so far this year - JCF 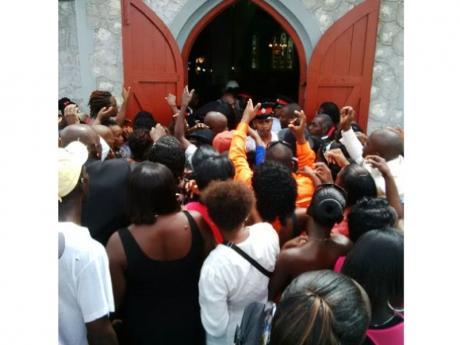 Forty-two Jamaicans have taken their own lives just seven months into the year.

That figure, which accounts for all suicides up to yesterday, is just 11 fewer than the 53 people who committed suicide for the entire 2014.

Based on the figures provided by the Jamaica Constabulary Force, suicide figures have remained between 47 and 56 annually since 2008.

This is except for in 2010 when suicides dropped significantly to 34 for the year.

Meanwhile, of the 390 people who have taken their own lives since 2008, seven have been cops.

The latest suspected case of a policeman committing suicide occurred on Tuesday evening when Corporal Tyrone Thompson was found dead at home.

READ: My brother was stressed out; felt unappreciated

It has been reported that the policeman had been experiencing financial problems, triggering calls for cops to seek help if they feel stressed.

However, Chaplain Emeritus for the Jamaica Constabulary Force, Bishop Gary Welsh, says it must not be construed that the number of cops committing suicide in Jamaica is at an alarming level.

According to him, the number of suicides by cops is in line with international averages.