Brand Jamaica to be showcased at 'Emancipendence' celebrations 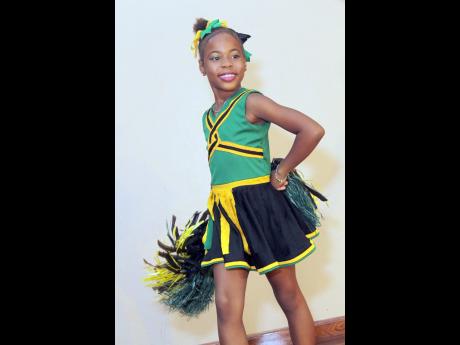 Black, gold and green shall run the streets of Jamaica for the islandwide 'Emancipendence' celebrations, as the Jamaica Cultural Development Commission (JCDC) implores all Jamaica, including the rural communities, to partake in the festivities through Emancipation Day and Independence Day, beginning on Saturday.

The various activities planned for this year emphasise cultural diversity and heritage. The festivities, however, could not have started without giving thanks for all that God has blessed the country with, regardless of the present economic situation. This took the form of a thanksgiving service on Sunday, which emphasised Jamaica's beliefs, according to the beginning of the national pledge, "Before God and all mankind".

However, on a national scale, celebrations will be focused at the Ranny Williams Entertainment Centre in St Andrew, commencing on August 1, where the 'Independence Village' will showcase various activities ranging from artistic expressions, exhibitions and expositions to stage shows and concerts.

On Saturday, more than 50 vendors from Coronation Market in downtown Kingston will move to Ranny Williams as a means to incorporate the traditional and contemporary foods, among other various and exciting attractions.

A section of the centre will be transformed into a marketplace, showcasing the rich offerings of Jamaica's farmers. Push carts will also be available to carry bags to shoppers' cars.

The Farmers' Market is one of the first activities of the 'Independence Village', being established to feature daily and nightly events ranging from stage shows and concerts to exhibitions and expositions.

The market, which opens at 6 a.m., is one of the new initiatives of this year's Emancipation and Independence celebrations, being held under the theme: 'Proud and Free ... Jamaica 53'.

According to the JCDC, "this cultural exposÈ will provide an enabling environment for public education of Jamaica's richculture and heritage and the promotion of Brand Jamaica."

Youth will also play a big role in the 'emancipendence' celebrations. In fact, at the Grand Gala on August 6, a special tribute will be paid to the nation's children.

"We really want to show our children that we care about them. There's going to be a 200-voice children's choir that is going to be performing at the Grand Gala," said executive director of the JCDC, Delroy Gordon.

He also informed that each grand gala ticket will bear the 1-888-PROTECT toll free number and steps to report acts of child abuse or a missing child.