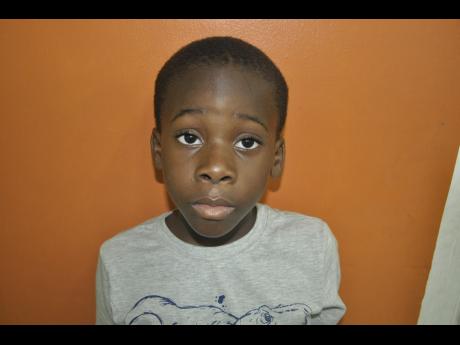 A seven-year-old boy who was found wandering on Ken Hill Drive in St Andrew Tuesday has been reunited with his parents.

The child had told police officers on Tuesday that he was from Shoreham in Ontario, Canada.

The police sought the assistance of members of the public to locate his parents or guardians.

He says the response from the public is a clear signal that Jamaicans are heeding the call to unite for change to create a Jamaica where citizens and the Police work together as partners for safe communities.

Reports are that the brothers were last seen about 12.30 Wednesday morning at the home of a relative in Cornwall Court, St James.

They have not been heard from since.

When last seen Talrique was dressed in a blue shirt and multi-coloured boxers and Tyrique was wearing a green shirt and blue boxers with green stripes.

Anyone knowing the whereabouts of Tyrique Arthurs and Talrique Arthurs is being asked to contact the Ocho Rios Police at 974-2533, Police 119 emergency number or the nearest Police Station.