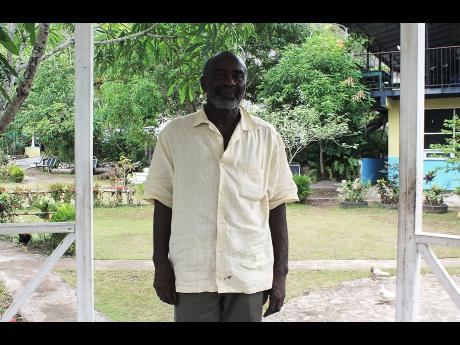 Since retired police superintendent Oswald Ayre and his friend Errol Sinclair founded the Wag Water Valley Development Committee (WWVDC) in 2012, some of the 16 districts the organisation represents in southeast St Mary have been transformed from hotbeds of criminal activity into rural safe havens.

According to its co-founder, the group was launched to help create opportunities for young people and has so far provided more than 150 local residents with training in subjects such as computer studies and hospitality.

Ayre told Rural Xpress: "The work we're doing is important because we act as a liaison between government and private-sector agencies such as JPS and the telecommunications companies.

"Most of our information comes through weekly meetings with heads of community groups. When there are issues, we collate them, see how common they are, produce a report, and do follow-ups.

"Our biggest achievement has been training youths, particularly females. We partner with the Human Employment and Resources Training / National Training Agency and many [young women from the community] have received training in things like food management and preparation.

"The police statistics will confirm there was a lot of crime when we came here, but now Wag Water Valley is always referred to as a model area because of the reduction in crime that has been brought about through everybody's inclusiveness.

"If we can create a crime-free community with people here, who are from the same socio-economic background as most people from Jamaica, we can really change things and replicate the template across the country."

On August 6, the WWVDC hosts its annual beauty pageant at Sinclair's picturesque venue in the valley, Tapioca Village.

The Independence Day event is popular among young people and one of the primary methods the organisation uses to engage females who receive coaching in self-improvement, interview techniques and other disciplines.

Ayre notes that women are far more likely to complete the training courses, and admits that persuading young males to commit to long-term projects is a challenging task.

"We've secured apprenticeships with established carpenters and masons for some of them, but it's difficult because even though they're learning and not producing anything yet, they expect to get paid on the first day.

"I think our males are revolting against something. We've tried community farms and cooperatives, but they are so suspicious of authority, and each other.

"We cannot put our finger on any one reason why they don't want to work in groups. But we're not giving up on them, so our next step is to develop a football programme."

He said: "I'm a rural man who doesn't like illiteracy or poverty. A youth that is illiterate may think I dislike him, but it's more that I don't like how he profiles because I know it can be otherwise, and I am offering otherwise.

"Another thing I don't like is teenage pregnancy, so we try to work with the churches to get young ladies out of that mindset and get them thinking about things that can help impact their lives in a positive way."