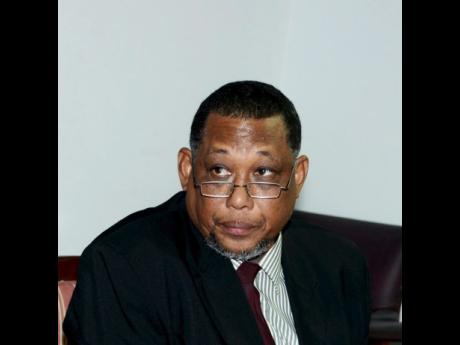 In the pursuit of techno-logical advances, small island developing states such as Jamaica are being urged to minimise the high environmental costs associated with such progress.

Clifford Mahlung, a member of Jamaica's negotiating team to the upcoming climate change conference in Paris, France, has warned that the increasing use of technology and the attendant growth in energy usage could see developing countries significantly increasing their carbon footprint.

The Caribbean, like other developing economies, contributes less that one per cent of the heat-trapping gases that contribute to global warming but are most at risk from sea-level rise, desertification, and other negative impacts.

Mahlung, who is also former head of the climate change branch at Jamaica's Meteorological Office, is concerned that the picture could begin to change, with countries contributing to their own environmental degradation.

"Development as we know it, in the past, is linked to the use of fossil fuel, whether it's the transport industry or to produce electricity. As small-island states, we are now more affluent; more persons have access to vehicles which produce more emissions; and we have seen how that has changed in the Jamaican context," Mahlung told The Gleaner.

He went on to provide some guidelines for avoiding the pitfalls of developed countries such as, the United States, Germany and Italy, which are among the biggest contributors to global warming. Key to this is ensuring that Caribbean citizens embrace sustainable development.

"As we develop, we have to now structure our development away from fossil fuel and towards renewables (energy), and this is where we can make a difference. We are in the process of preparing our report in terms of our contribution to reduce greenhouse gases. One of the key areas will have to be the energy sector because this is where we contribute more carbon dioxide. I do not have the numbers in hand at this point in terms of how we have increased in emissions, but I suspect we have increased," he said.

The climate expert added: "We have quite a few wind farms and solar systems around, and as a country, we have shown some progress in terms of how we recognise the impact of climate change, however, we have to do more of that. When we look at the big guys (Germany, US), they are moving swiftly towards solar, and they do not have as much sun as we do, which shows that it can be done."