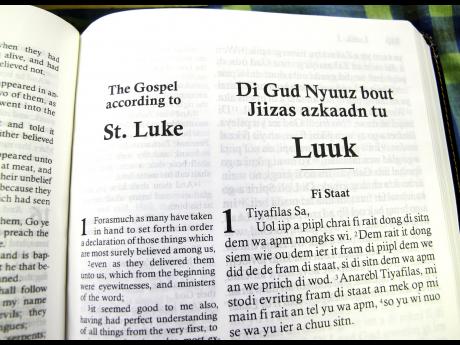 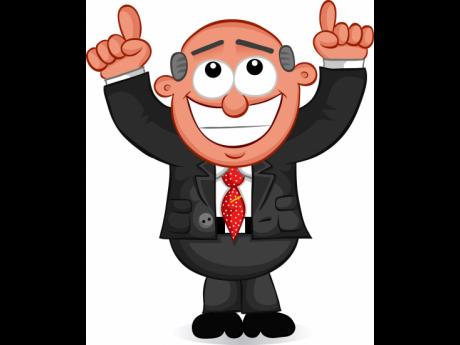 For then will I turn to the people a pure language, that they may all call upon the name of the Lord, to serve him with one consent.

If Rev Lloyd Millen has his way then every Jamaican would be embracing the patois Bible in their collection because of its historical significance.

Millen who played a vital role in the project refers to it as the first serious scholarly piece of literature being undertaken in the Jamaican language.

"Not only is it a first, but it is a first in the extent and magnitude of the undertaking. This was a work which brought together a significant team of local and international scholars, stakeholders, and donors," he told Family and Religion about the project that was completed in December 2012.

The project was undertaken by translators, two linguists from the University of the West Indies, British Bible Society, among many other intellectuals.

According to Millen, the project has national and international significance for brand Jamaica.

"Think of the impact this work will have on the Jamaican diaspora once it is in the hands of Jamaicans who have that nationalistic spirit to promote that which is positive among our people," he said.

But for him, the biggest reason the project should be embraced is for the impact it could have for the Jamaican church and its evangelistic appeal when church leaders understand and grasp the literature to minister to Jamaicans in their own native language.

"Most Jamaicans still believe God does not speak Patwa. Imagine what will begin to happen when our people really come into the realisation that God does chat Patwa. When people realise they can walk and talk with Jesus in the language in which they were born without feeling ashamed or restricted, then and only then will the recommendation from Bob Marley (first enunciated by Marcus Garvey) be realised; 'Emancipate yourself from mental slavery'," are the impassioned words from Millen.

Published by the Bible Society of the West Indies, the patois Bible was done to a lot of resistance as some thought students were already doing poor with the queen?s language and the project would be a backward step.

In a Gleaner article on March 27, 2011 entitled ?Abbott, Patois Bible And Language Discrimination? it was reported that Diane Abbott, long-standing black British member of parliament of Jamaican descent, had hopped on to the campaign-against-the-Patois-Bible bandwagon.

Her opposition was based on the fact that Jamaicans speak English as their first language is enormously important.

"It is an insult to ordinary Jamaicans to say that, of all books, they cannot understand the Bible. Furthermore, to talk about translating the Bible into Patois entirely misunderstands what Patois is," she was quoted as saying in the article.

There have also been complaints from those who bought the Bible about their inability to read it. While many Jamaicans can fluently speak patois, reading it is another matter entirely.

Addressing this, Millen said the main focus on the project was never on readers, but on listeners.

"We are fully aware that our people have never been taught to read their mother tongue. Prior to the translation project, Jamaican Jamiekan/Patwa was an oral language. There was not an accepted standard for the writing of the language," he said pointing out that the problem was effectively addressed by the Jamaica Language Unit (JLU) of the University of the West Indies.

"There is now an official standard for the writing of the language. This autography from The Cassidy-JLU System (Di Kyasidi-JLU Sistim) was the form used in the translation of the Jamaican New Testament (Jamiekan Nyuu Testiment)," he said.

Millen in singing the praises of the Jamiekan Nyuu Testiment admits to his own personal bias where it is concerned. He said there has been mixed responses to the project.

According to him, some have refused on the basis of their prejudices to consider the "positive national, intellectual, cultural, spiritual and psychological advantages of the Jamaican language, both nationally and internationally."

For himself he said he uses the language and the Jamiekan Nyuu Testiment in his preaching and teaching on a regular basis.

"My congregations and audiences love when I present God's Word using this medium," he said.

Born and raised in Rosetta, St D?Acre St Ann, he is a past student of Abbuttnoth Gallimore High School, Brown?s Town Community College and a graduate of Luther Rice Seminary and University in Georgia, USA.

Millen has been pasturing for 29 years and is married to Marian Peart-Millen.