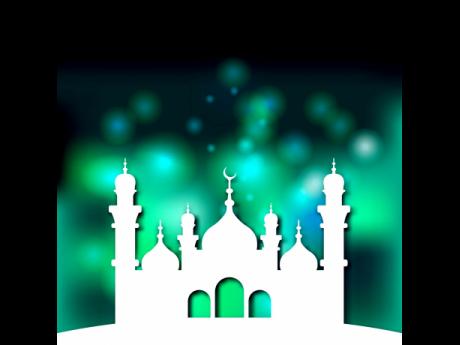 A glimpse of the hereafter

he question of life after death has always agitated the minds of people belonging to all religions.

The atheistic view totally denies the possibility of life after death. Christians, on the other hand, believe that Jesus is coming back for His sincere worshippers whether they are dead or alive, those who are dead will come back to life and receive an immortal body to accompany The Lord, and there are some who believe in reincarnation or coming back after death in other life forms.

The Islamic perspective is that Islam belongs to that category of religions, which totally rejects all possibilities of reincarnation in any form, but subscribes to some other worldly form of spiritual or carnal existence.

"In Islam itself there are different views held by different sects or Muslim scholars. The general understanding tends to perceive the other worldly form as very similar to the carnal one here on earth," observed Umair Khan, national president and missionary in charge of the Ahmadiyya Muslim Jama'at mosque in Bushy Park, St Catherine.

According to Khan, the concept of heaven and hell consequently presents a material image rather than a spiritual one of things to be.

Khan quoting from the Ahmadiyya Muslim official position on the subject, painted a picture of Heaven presented by the Christian faith as an immeasurably large garden literally abounding in beautiful trees, casting eternal shadows under which rivers will flow.

The perception, he said, is that the rivers would be of milk and honey. The garden will be fruit-bearing and all man may desire of fruits would be his at his command. The meat would be that of birds of all sorts; it is only for one to wish which meat he particularly craves.

He said female companions of exceeding beauty and refinement would be provided to the pious men, with no limit imposed on the number, which will be decided according to their capacity. As many as they can cope with will be theirs.

"With this concept, the Ahmadiyya Muslim questions what would they do? How would they relate with each other? Will they bear children or lead a barren life of enjoyment? These are all the moot questions," Khan observed.

He pointed out that the enjoyment, as it is conceived, is intensely sensual. No work to be performed, no labour to be wasted, no effort to be made. A perfect life (if such life can be called perfect) of complete and total indolence, with the option of overeating and over-drinking because also wine will be flowing close to the rivers of milk and honey. No fear of dyspepsia or intoxication! Reclining on heavenly cushions of silk and brocade, they will, while spending their time in eternal bliss.

"In Islam, there are others who categorically reject this naive understanding of the Quranic references to heaven, and prove with many a reference to verses of the Holy Quran that what it describes is just metaphorical imagery which has no carnality about it," Khan proclaimed.

"In fact, the Holy Quran makes it amply clear that the form of existence of the life to come will be so different from all known forms of life here on earth, that it is beyond human imagination even to have the slightest glimpse of the other-worldly realities," he continued, quoting from Surah al-Waqiah chapter 56 verse 62 of the Quran, which said 'We will raise you into a form of which you have not the slightest knowledge.'

Khan said this is the categorical statement of the Quran on the subject. He said, in recent times, the founder of the Ahmadiyya Community, Hadrat Mirza Ghulam Ahmad (as) of Qadian, presented this view of spiritual existence as against carnal existence in his unique and outstanding treatise entitled 'The Philosophy of the Teachings of Islam'.

"Based on his profound study, the life in the hereafter would not be material. Instead, it would be of a spiritual nature of which we can only visualise certain aspects. We cannot determine precisely how things will take shape," Khan said.