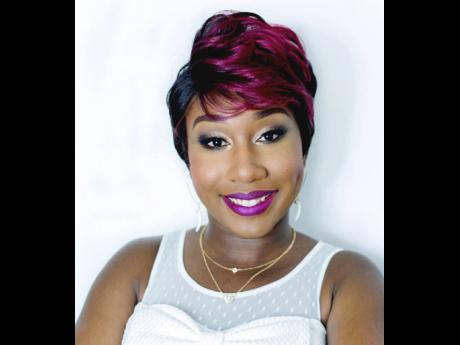 There was a point in Rushell Wright, CEO of the Florida-based 1Jam1Love Foundation life when she was living on crumbs, pregnant, and destitute.

Everything that could have gone wrong in her life, went wrong including losing her job during her pregnancy, her partner's income alone was not enough to cover the expenses, added to that, he was laid off shortly after too.

"I was pregnant with no income and needed a place to stay. We had some money, so we rented a room from this woman. During our time there, we were confined to the room. We could barely use her kitchen. I remember one night when she took my pot off the stove and threw it in the garbage," Wright told Family and Religion.

One night after one horrible treatment too many, she confronted her landlord which resulted in a full blown brawl. She called the police, but her vulnerability saw the case being dismissed against her.

Still, that meant living somewhere else. With just an inflated bed and storage bins for seats, the couple tried their best to make do.

"We didn't care. We had our own place, each other and this was a start," she said.

Trouble wasn't through with her yet, though. Having found another job and a new place, she started having severe back pains. "I fell on my stomach crossing the road to get to work, which caused me to be on bed rest until delivery. I wasn't at my job long enough to receive short-term disability so I was yet again at rock bottom. My faith was tested, but I never lost hope," she said.

her faith her rock

During the rough times, Wright said her faith has been her rock. "So many times I was stuck in a dark place, confused, felt like giving up and my faith in God brought me through those times," she shared.

Constant prayer, even calling in reinforcement from her church, she weathered the storm without running home to her parents where she could have got help.

"I like to dig myself out of a pit on my own. They knew nothing about what I was going through. I didn't want them to worry, especially my grandma. My family, however, made sure the baby had everything he needed, a crib, car seat, stroller, clothes, diapers etc," she said adding that although all was in place for the baby, they were still hungry, rent overdue and car payment due.

Wright said she saw God's hand in her life as her church family paid her a surprise visit, prayed with her and left several monetary gifts, including a gas card voucher, grocery vouchers and paid her rent, enough to cover her expenses until she returned to work.

Coming out of that rock-bottom experience, Wright said she gained humility, had her life changed forever and it made her a better person.

"I needed to go through such hardship to gain a better understanding of life, to gain compassion and genuine love for my fellow brother and sisters," she said.

It is this new found compassion that has seen her forming the 1Jam1Love Foundation - which is dedicated to helping both adults and children in need, as according to her, she received so many blessings when she was down, she now thinks it is her duty to give back and continue God's work.

Sharing her vision for the foundation, Wright said she wants to be able to change the lives of her fellow Jamaicans.

"We want to implement resources that will help them to sustain their everyday lives. We will offer permanent solutions that

will help them long term as opposed to helping for a day. We will assist with education - which is the biggest investment. When a country is educated, its future is limitless," she said.