Yallahs Methodist Church catering to the needs of the community 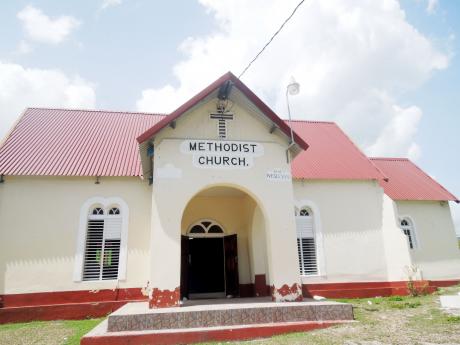 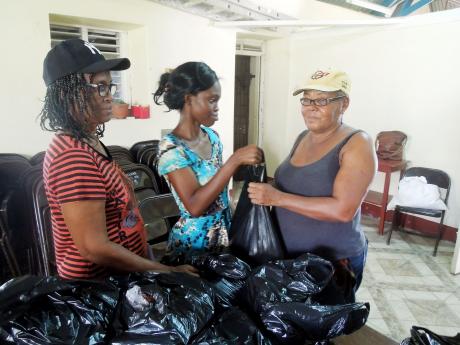 Joan Duncan(left), accompanied by Kadisha Bogle, who presents Paulette Mckenzie (right) with her bag of goodies. 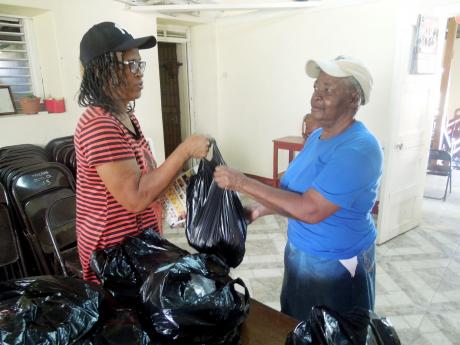 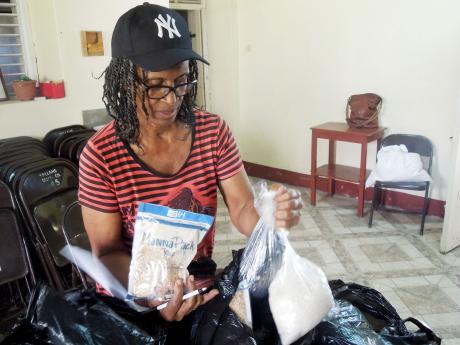 Joan Duncan, vice-president of the Women's League, shows some of the goods that are distributed.
1
2
3
4

It was a hot day, but people could still be seen making their way to the Methodist Church in Yallahs, St Thomas, to collect their parcels of food.

The 116-year-old church began their feeding programme over five years ago. The initiative was conceptualised by Rhoda Young, president of the Women's League, and brought to life with the help of her department and church members.

Joan Duncan, vice-president of the church's Women's League, told Family and Religion that the provisions come from Food For The Poor (FFP).

"The food we get is distributed to those in the church and community who need it most," she said.

"In the initial stages, members of the church were asked to suggest the names of people attending the church and also some living in the community who they believe are less fortunate than others. These names have formed our list and these people have been benefiting from the programme ever since," said Duncan.

Though the project currently serves approximately 70 people, Duncan said that they have no specific time or date to expect the goods from FFP.

"Right now, we cannot say that this is a monthly thing or that it happens every other month. There's no guarantee when we'll get the food to be distributed," she said, adding that as soon as the supplies are provided, the people on the list are notified.

The provisions include rice, peas, tin beans, and sometimes, tins of sausage.

"People are very grateful for what they are getting, however small it may be," said Duncan, almost as if trying to stave off any thoughts of ridicule.

Some of what is supplied is also saved to provide lunch for the children who attend Sunday school.

"Sometimes, the children in the community do not come to Church because they have nothing to eat. What we do is save items like the sausages to make sandwiches for them," Duncan told Family and Religion.

Though the Methodist Church tries to 'stretch' the food to as far as it can reach, there are many community members who are still left without.

Duncan said: "We can't help everyone - as much as we'd love to, but we try to give as many as possible. Sometimes people hear about it and come asking for a small share and are sadly turned down. There's just not enough."

Recently, there has been a change in the way the food is dispensed.

"Usually, we used to give food to the members of the church, who would then distribute to those living nearby. Now, FFP is adamant that everyone collects and signs for their food."

Duncan then went on to say that in cases where the recipient is blind or otherwise disabled, someone is allowed to sign on their behalf.

Paulette McKenzie, one of the beneficiaries, was quick to show her appreciation for the initiative.

"It has been very helpful as it has done a lot for me and I'm sure others can say the same thing. We look forward to it every time."

Duncan said that in an attempt to lengthen the list of recipients, the church welcomes other offers of food and resources.