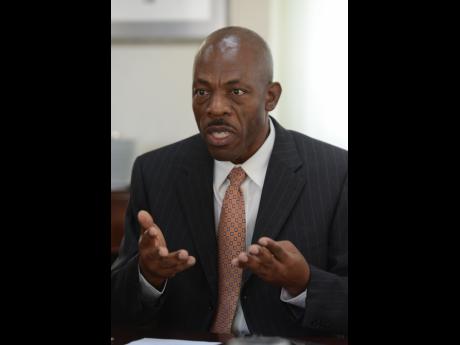 Police Commissioner Dr Carl Williams is seeking to convene a meeting with local human rights groups to review the implementation of recommendations aimed at improving the treatment of persons held in police custody.

Williams says he has requested the support of the permanent secretary in the justice ministry to arrange an early meeting.

The proposed meeting comes in the wake of the fatal beating of 29-year-old Marlon Cherrington, the main suspect in the slaying of Constable Crystal Thomas, at the Hunt’s Bay Police Station lock-up in St Andrew.

Cherrington died at the Kingston Public Hospital on Friday after two weeks in a coma.

Williams noted that stricter measures have been put in place at police lock-ups across the island to improve the conditions under which detainees are held.

However, he says Cherrington’s death highlights the need for the urgent implementation of additional measures, including the expansion of a programme to install closed circuit television cameras in all lock-ups. He says this will ensure greater transparency and accountability for police actions.