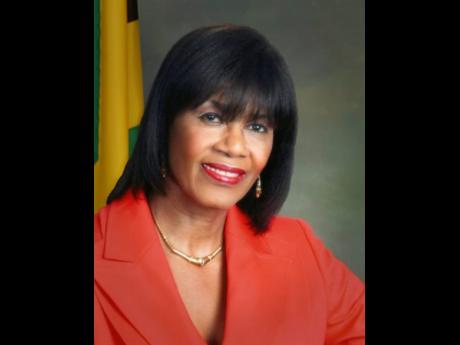 As we celebrate 181 years of Emancipation, we celebrate the struggles of our forefathers and mothers who were displaced, mistreated, whipped, chained, raped and bludgeoned. Often, they screamed out in pain. Yet, year after year, their anguish transformed into resolve and their spirits were never broken.

These valiant men and women fought to emancipate us, their forebears, from the cruelty of slavery.

Their struggles against slavery, imposed for centuries upon African people, ensured that today we would enjoy freedoms they never had.

Liberty everywhere, at every point in history, is a cherished right that all men and women hold dear. No wonder then that countless ancestors gave their lives, making the ultimate sacrifice in the fight for freedom.

In the public square of Montego Bay, Samuel Sharpe declared in 1832, just before the vile system of slavery ended, that: "I would rather die on yonder gallows than live in slavery." He gave voice to and took action on behalf of the men and women who all died with him on that day.

These brave men and women went before us. They sought to ensure that

we who came after them would never face the horrors of slavery as they did.

My brothers and sisters, freedom is an absolute necessity in shaping the future of any society. We cannot grow and prosper unless we are free in body, mind and spirit. As our first National Hero Marcus Garvey told us, in order to achieve national progress, we must: "Emancipate ourselves from mental slavery". In this context, the history of Emancipation and current economic development discussions are now linked in a common narrative.

Plantation slavery and Emancipation are real-life events in our history as a people. They are also symbols for the remarkable capacity of the human spirit to struggle and triumph over adversity.

and public sectors must continue to pull together, now more than ever, as we

move forward to achieve our mission of economic emancipation with growth, investments and job creation.

We have always known ourselves to be people who have turned our hearts and faces against injustice, inhumanity and deception.

We have stood up and demanded fairness and equality for all regardless of their race, colour, creed, gender or class, here at home and across the world.

The people of Jamaica have always seen their struggle for freedom and justice as a national, Caribbean and global fight. From time to time, we have provided the necessary leadership. At other times, we have provided solidarity in the cause of justice.